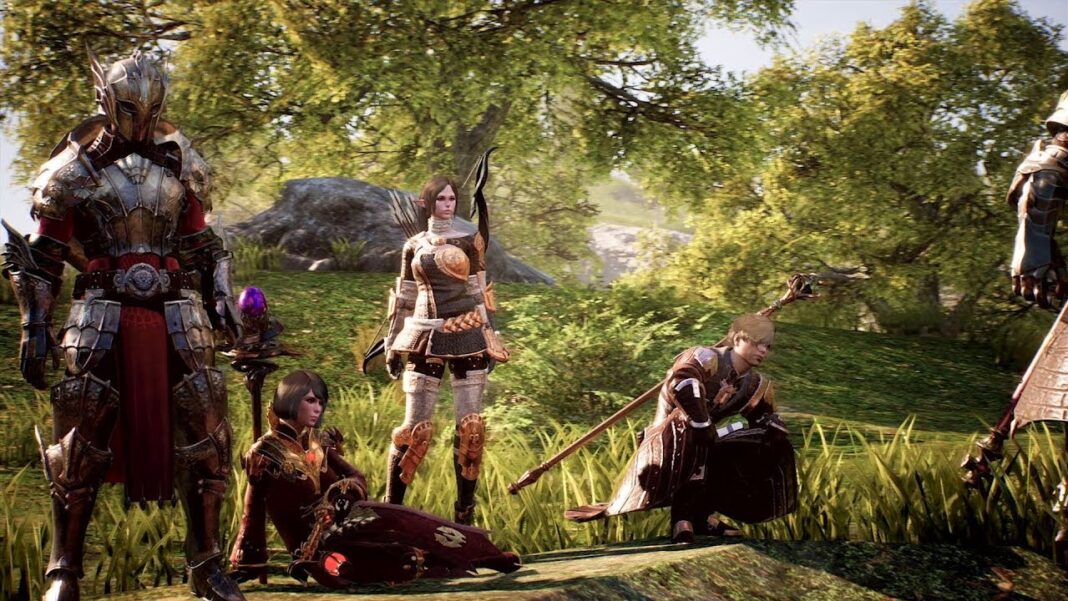 Bless Unleashed has launched for PC and consoles with mixed reviews from gamers. The PC version of Bless Unleashed is facing errors and issues like the in-game crash, no server available, Unreal Engine Exiting Due To D3D Device Lost, crash at startup, and more. Here I have compiled a list of errors and issues that PC players are experiencing with Bless Unleashed along with their fixes and workarounds like how to fix the in-game crash, how to fix D3D Device lost error, and more.

Bless Unleashed is a free-to-play MMO with a massive open world filled with activities for the players to take part in. While the game is optimized, PC players are reporting errors and issues with Bless Unleashed like the in-game crash, no server available, Unreal Engine Exiting Due To D3D Device Lost, crash at startup, and more.

The following are the errors and issues that PC players are experiencing with Bless Unleashed along with their fixes and workarounds.

Bless Unleashed PC players are reporting that the game is crashing while playing. For some players, the game crashes at specific points while for others, Bless Unleashed crashes randomly. Here is how to fix the in-game crash issue with the game.

Another reason for Bless Unleashed to crash while playing is the use of third-party tools and software like MSI Afterburner, RGB software, and more. Disable any third-party software you have installed and also disable Geforce Experience overlay if you have enabled it. This will stop the game from crashing.

Bless Unleashed is a bit heavy on the CPU. If your game is crashing, chances are your CPU might be old or has less than 6 physical cores. There is nothing PC players can do about it but a couple of tweaks in the Nvidia Control Panel might help. Open Nvidia Control Panel > Manage 3D Settings > Program Settings > select Bless Unleashed. Set Ultra for “Low Latency mode” and set off for “Triple Buffering” and hit apply. This will stop the game from crashing while playing.

PC players are reporting that they are unable to play Bless Unleashed due to the server unavailable error. The fix for this error is pretty simple. Right-click the game in Steam > Manage > Browse local files. A new window will open, right-click the game’s exe > properties > Compatibility tab > check “Run this program as administrator” and hit apply. Launch Bless Unleashed and players will be able to play the game.

Some PC players are reporting that Bless Unleased crashes while playing with the “Error Unreal Engine is exiting due to D3D device being lost” error message and here is how to fix it. The reason why this error is occurring might be your GPU. Either the GPU is overclocked or the GPU isn’t handling the game’s load very well.

If the GPU is overclocked, then revert it to its default GPU clock using MSI Afterburner even if it’s factory overclocked. In case the GPU isn’t overclocked then try to lower the graphics settings or use MSI Afterburner to reduce the GPU clock by 100 MHz. This will allow the GPU to render Bless Unleashed without crashing with the “Error Unreal Engine is exiting due to D3D device being lost” error.

If you don’t want to mess with the GPU clock then cap the game’s max FPS. If you are targeting unlocked FPS, cap the game to 60 FPS. If 60 FPS is your current target, then cap the game to 30 FPS. To do that, open Nvidia Control Panel > Manage 3D Settings > Program Settings > select Bless Unleashed. Turn on “Max FPS Limit” and set the value for the max FPS. This will stabilize Bless Unleashed and it won’t crash with the “Error Unreal Engine is exiting due to D3D device being lost” error.

One reason why the game is crashing is the Steam overlay. Disable the steam overlay and the game will launch without any issues. See under “Crash Fix” to check how to disable it.

If players are experiencing errors like Cx000000 or untrusted file xapofx1_5.dll while trying to launch Bless Unleashed. Go to the game’s install folder and delete the Easy Anti-cheat folder. Verify the game files and then launch the game. It’ll launch without crashing.

Your anti-virus/Windows Security might be blocking important game files and causing the game to crash at launch. Players can either disable the real-time protection or exclude the game’s install folder from the anti-virus/Windows Security. I recommend the latter, open Settings > Update & Security > Windows Security > Virus & threat protection > click Manage Settings under “Virus & threat protection settings” > click “add or remove exclusions” under “Exclusions”. Browse to the Bless Unleashed folder and add it. After that, verify game files in Steam and launch the game. This will fix the issue.

Disk Write Error is another one of the errors that are bothering PC players of Bless Unleashed. Players are experiencing Disk Write Error with the game while downloading or updating the game and here is how to fix it.

Right-click on Steam.exe > “Properties” > “Compatibility” tab > check “Run this program as administrator” and hit apply. Do this again for Bless Unleashed’s exe. This will fix the Disk Write Error.

In case the error persists, open CMD and run it as administrator. Type the following commands and press enter after each command.

If the above fixes didn’t work, exit Steam and then go to Steam’s install folder and navigate to Steam/logs/content_log. Look for “failed to write” and open the file. This file will have paths to the corrupt files causing the error. Follow the paths mentioned here and delete the files that you find there. Launch Steam and verify game files. After that, resume the update or the game download, Disk Write Error is now fixed.

That is all for our Bless Unleashed fixes for errors and issues like in-game crash, disk write error, No Server Available, unreal engine exiring, and more. If you are facing errors and issues with other PC games or your PC then also see our hub for commonly occurring PC errors and their fixes.