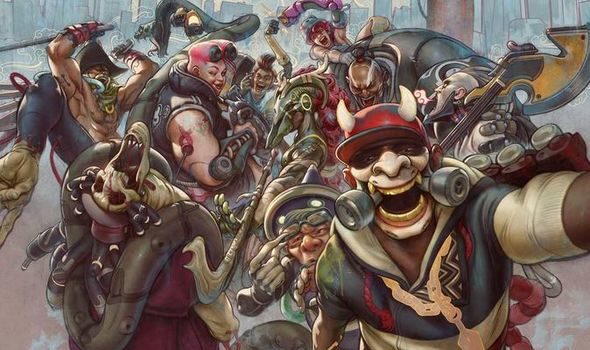 This full list of playable characters in the Bleeding Edge game, will give you all the details of the characters, from their names to a short intro and the way they function during the gameplay.

There are 11 playable characters in Bleeding Edge for 4v4 matches. Each has its own unique ability and trait.

Uses range attacks including darts. Cass is extremely mobile which means she gets faster the more she runs.

Buttercup has a collection of saw blades at her disposal. They enable her to chain and CC her foes. She is also capable of ripping her opponents apart through AoE damage.

His weapon of choice is a machete. He also has shields that are powered by the auto attacks he inflicts. He can also stun and slice through his enemies with his swords.

He has a shuriken and graffiti blade for weapons. These can slow down his enemies and drains their health. When he is stealthed, he can put his enemies into a deep slumber.

Kulev can spit acid. However, he can also heal his companions if they are in close quarters with him. He is also capable of summoning wards that can heal allies and hurt enemies in the same go.

She wields a bolt gun which gains an increase in its fire rate as you keep using it. She also has a gravity bomb that can pull foes into its field of effect when thrown. This makes her an extremely useful utility pick.

She can shoot energy bolts that can either electrocute or cause an explosion. She can also become invulnerable and invisible.

Miko has the awesome ability to heal more than one ally at a time. The character can also block projectiles thrown by enemies during combat and can stealth all his allies.

Nidhogger has an attack that can chain between his enemies, which makes it quite damaging. It also leaves lines of fire in its wake which have status damage upon enemies who step over these lines.

He is a combo class which means that you need to be smart while swapping stances to either regenerate health or move quicker. If combos are executed successfully, Makutu gains more power.

This character can place down a Mei wall-like barrier to block your enemies during a chase. Also, it can unleash a robot that will automatically target your enemies. Here ends the list of playable characters that are available in Bleeding Edge, who have had their classes and names confirmed as X019. By this amazing range of characters, the gameplay is expected to be extremely exciting! Check out the Bleeding Edge Wiki for more information.