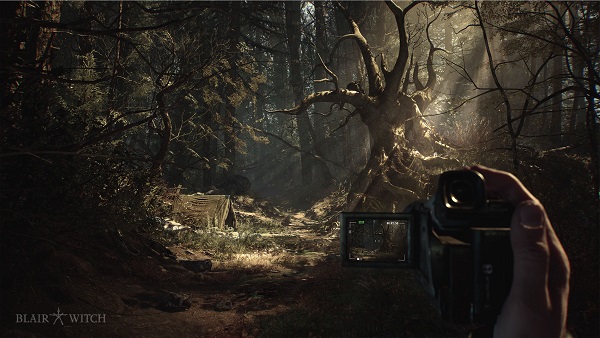 There are multiple endings that you can unlock in Blair Witch for both your main character and your companion, Bullet. During the course of your playthrough, you’ll be asked to make certain decisions which will determine the ending you’ll unlock in the game. The same goes for dog scenarios which are Bullet’s endings.

In this Blair Witch Endings Guide, we’ve detailed all the decisions and things that you must do in order to unlock the good ending, the bad ending as well as Bullet’s endings in the game.

To unlock the “Take his Face” ending, you need to use the light of the camera to deal with the monsters as they appear. In addition to this, another crucial point is when you meet an old woman in the game.

What you need to do is to make sure that you abide by every single instruction she give you even if you don’t agree with her. This will ensure that you’re well on your way to a bad ending.

To unlock the “Break the Cycle” ending, you need to keep the camera light at a minimum and couple it with the night vision while playing through the game. Using the night vision will enable Ellis to be warned about any and every incoming threat that might sneak up on you.

In addition to this, you need to make sure that you aren’t killing any monsters in the game. If you somehow end up killing 1 or 2, try to restart to the last checkpoint and try again.

Finally, you also need to make sure that you don’t listen to the old lady whom you’ll meet during the game. Whatever you do, don’t do whatever she tells you to do. A little later in the game, you’ll see her closing a door on you. You must open the door and walk away again.

Similar to the endings, there is a bad dog scenario and a good dog scenario. However, it’s important to note that the ending you get doesn’t affect the dog scenario in any possible way. Both of them are separate.

Dog endings essentially depend on how you treat Bullet who will always stay by your side. No matter the conditions.

It’s is understood but if you treat Bullet right by petting him, giving him treats, and keeping him away from the horrifying stuff, he will get the good scenario. If you do the exact opposite of these things, you’ll get the bad ending for Bullet. Don’t be that guy!