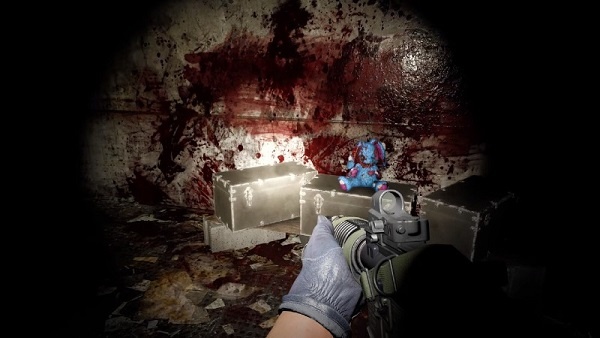 There are 6 perks in total in Die Maschine. Similar to the earlier iterations of the game mode, perks provide players with a range of different effects e.g. increased damage, faster reload speed, additional movement speed, and many others. In this Call of Duty: Black Ops Cold War zombies guide, we’ve shared the locations of all the perks that you can use in Die Maschine.

You can also upgrade perks in Die Maschine using the Aetherium Crystals that you acquire from completing rounds and killing bosses. Once upgraded, you’ll gain additional effects from them. Below, you’ll find a complete list of all the perks, their locations, and upgrades in Cold War zombies:

Stamin-Up
The perk is located in the ‘Bedroom’ area of the map. On the 2nd floor. Stamin-Up in Die Maschine increases the sprint speed which can come in real handy during high-rounds. The 3 tiers of Stamin-Up are:

Jugger-Nog
You need to head over to the frozen Crash Site to find it in the open. It’s literally right across from Stamin-Up. One of the most beneficial perks to use in Cold War zombies, Jugger-Nog increases the base HP by 50%. You can upgrade the Jugger-Nog to get the following effects:

Quick Revive
To find the Quick Revive perk, you need to head over to the Pond area. The perk decreases the time to regenerate HP and revive a downed ally by 50%. Below, you’ll find all 3 upgrade tiers:

Speed Cola
From the Control Room, head down toward the Medical Bay to find the Speed Cola in there. The perk increases the reload speed by 15%.

Elemental Pop
The new perk introduced in Die Maschine is located in the area from where you turn on the power. It can be accessed from the Particle Accelerator area in the underground section of the map. Once active, every bullet you fire will have a small chance to apply a random Armor Mod effect. It can also be upgraded to get the following benefits:

Deadshot Daiquiri
Another perk located near the Particle Accelerator room is Deadshot Daiquiri. You’ll find it inside the Weapons Lab. Deadshot Daiquiri moves the reticle to an enemy’s critical location when ADSing. Moreover, it also removes the scope sway while aiming. You can also upgrade it to gain additional effects: