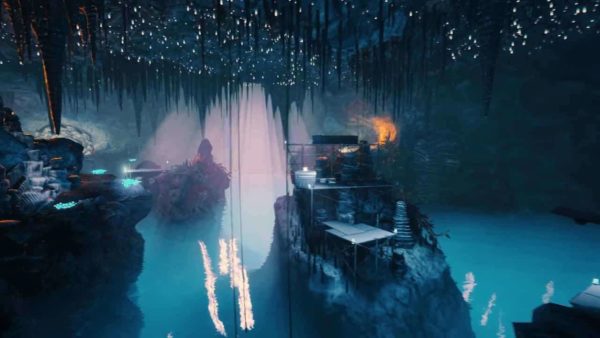 Black Mesa PC is facing error and issues like Crash at launch, stuttering, no controller support, no UI or UI not working, Error 0xc000007b and more. Here I have compiled a list of errors and issues with the game along with their fixes and workarounds.

The following are the errors and the issues that PC players are experiencing with the game along with their fixes and workarounds.

No UI, UI Not Working Fix

Players have reported that when they startup Black Mesa there is no UI to interact with. This can be fixed by reverting back to the old UI or menu. Go to your Steam library > right-click on the game > properties. In the General tab click on “Set launch options” and type “-oldgameui” and press OK. Now start the game and the UI will be working as intended.

If you are seeing the UI but can’t operate it then follow the steps above but this time type “-forceuid3d9” in the launch options. The game will start working.

Black Mesa, at the time of writing, doesn’t have official controller support. However, there is a way that can enable controller support for the game. Open Steam and at the top-left corner click on Steam > Settings > Controller > click on “General Control Settings”. The steam big picture will open and you’ll have a few options to choose from. If you are using Dualshock 4 then check “PlayStation configuration support” and if you are using Xbox One or Xbox 360 controller then select “Xbox Configuration Support”. Start the game and the controller should be working fine with Black Messa.

Players are reporting that Black Messa just crashes at launch. Here are a few fixes that’ll help you fix the game not starting and crash at startup issues.

The first fix for the Black Mesa crash at startup issue is simple. Go to your Steam library > right-click on the game > properties. In the General tab click on “Set launch options” and type “-forceuid3d9”. After that, download and install DirectX files. Start the game and it will be working fine.

Lack of administrative rights is another reason behind the crash at start or game not launching issue. Right-click on the game’s exe > Properties > Compatibility tab > check “Run this program as administrator”. Apply the change and start the game.

According to players, when they start the game they get “bms.exe has stopped working” error or Error 0xc000007b. To fix these errors, disable your cloud save synchronization, delete/unsubscribe from all of the mods, restart your PC. Then Navigate the game’s install folder which is located inside Steam’s install folder “Steam\steamapps\common\Black Mesa\platform\config”. Open System32 and SysWOW64 folders and delete d3dx9_24.dll to d3dx9_42.dll. Then use the DXUpdate utility to reinstall the files you just deleted and both errors are now fixed.

Players are reporting random crashes while playing Black Mesa. This is most probabaly due to installing mods from Steam Workshop. Just uninstall all the mods and the game will stop crashing randomly.

Performance is a common issue in PC video games and players are reporting FPS drops and stuttering while playing Black Mesa. Here are a few things that’ll help fix the game’s performance and stuttering.

First, make sure you are using the latest GPU drivers and there is no background process using too much of you HDD, CPU, or GPU. If you aren’t running game or any other program on your system, your CPU usage shouldn’t be above 10%.

Apply these changes and play Black Mesa. Both stuttering and FPS drops should be fixed. If you are still facing stuttering or low FPS issues then follow the steps above and set Vertical Sync to “Fast”. Start the game, disable in-game v.sync and the display should be set at Fullscreen. After this, you shouldn’t be having stuttering while playing the game.

That is all for our Black Mesa fixes for errors like the game crash at startup, bms.exe Stopped Working, No UI, and more. If you are facing other errors and issues with your PC then also see our hub for commonly occurring PC errors and their fixes.