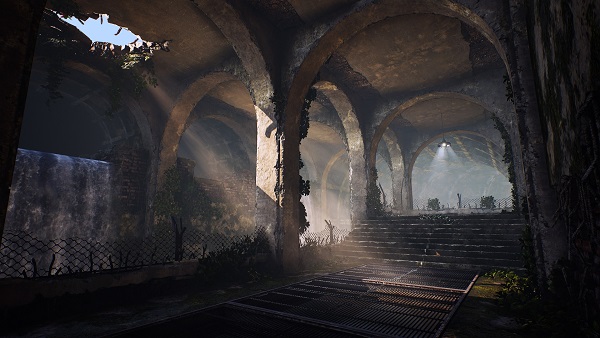 There are 24 Ultimate Weapons in total. A majority of these weapons come from completing different questlines. However, some of them are hidden out in the world. Below, we’ve shared the locations of all the Ultimate Weapons that can be found in Biomutant:

Blaze Gloves
This one is a reward from the Charred for Coal questline from Boom. To complete it, burn the haystack in Plank Place, bring Charcoal to Boom, and purchase Boom Poo from Moog.

Lump Pinhandle Rolling Pin
To unlock this, bring a Spark Plug and Wiffle Dust to Lump at the Float Boat.

Pri Murgel Sword
For this one, activate the Lumen at the Lumentower to open up a secret passage. Defeat the boss inside to get the weapon.

Hyprozapper Ozarhypro
To unlock it, defeat the Emergent Bulgtusk in Sludgegush Fields to get a vault key. Use it to open the Unwell Place Vault and get the weapon.

Scatterskrek Lukspewbor
After speaking to Klick, proceed to Zapstation to charge the Klonkfist. Once done, return to Klick with an Old Bone from the Graveyard to get the Skeleton Key. Use it in Banshelter 5D to get the weapon.

Knok Umph
After defeatingSparky Twigsnout, grab the key and use it to open the vault containing the weapon.

Contagion Flupskruckis
Head over to the Fume Factory to defeat Farty Bulbaplod followed by opening up the vault to get it.

Yrkum Pikeaxe
This requires players to defeat the Greasy Polliconey in Sludge Deodorizum. Once done, grab the key to Deodorizum Vault and find the weapon inside.

Srik Gongmace
Players need to defeat the Chug Swollwaft in Chudgepot. After that, open up the vault to get the weapon.

Old-World Klonkfist
For this, head over to the Myriad Tribe and destroy the emergency box in the Control Area to grab the weapon.

Extermino Frugrapster
This one is located inside the armory found in the Tribe War Begins.

Netra Tribe Grabbler
Complete the mission of the Netra Tribe.

These are the locations of all Ultimate Weapons in Biomutant. For more help on the game, feel free to check out our detailed Biomutant wiki guides.