Home Guides Biomutant How to Get Mech Mekton In Biomutant 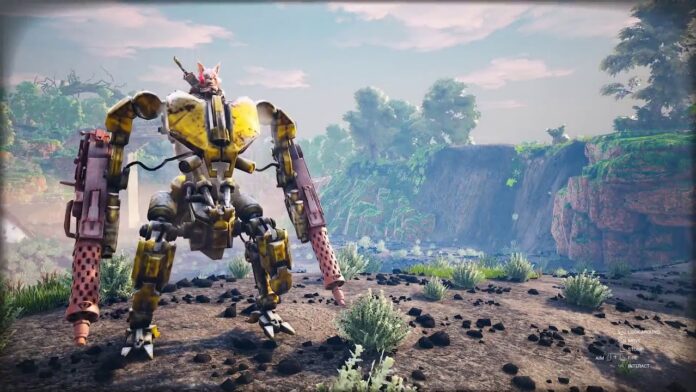 The Mech Robot is a multi-action robot in Biomutant. It can be used as a mode of transport, a weapon, and can also clear out any debris in your way. It is quite a versatile vehicle, and the game allows you to customize it in different ways. This guide shows you how you can get Mech Robot in Biomutant.

How To Get Mech Robot

First of all, you will have to visit an NPC named Gizzmo, who gives you access to Mekton. Mekton can come in handy in the Dark Lands quests. This favor from Gizzmo comes with a request, actually a quest that you will have to complete to get your hands on Mekton.

The task given by Gizzmo requires you to catch six specific creatures, which will, later on, help you in getting the auto-cannon to work. Mech Robot makes things pretty easy with its auto-cannon with which you can directly attack enemies and melt them. If you are going through a tough spot in the game, you should use Mech Robot to make things easy for you and progress through.

To find a Mech Robot, you will have to go to the Docking Station of Mekton. These docking stations are marked with yellow dots on the map. After you have reached here, you can press the specified button to spawn your very own Mech Robot.

This is everything that you need to know on How to find Mech Robot in Biomumtant. For more on the game, also see How to Change Difficulty and Character Attributes Guide.