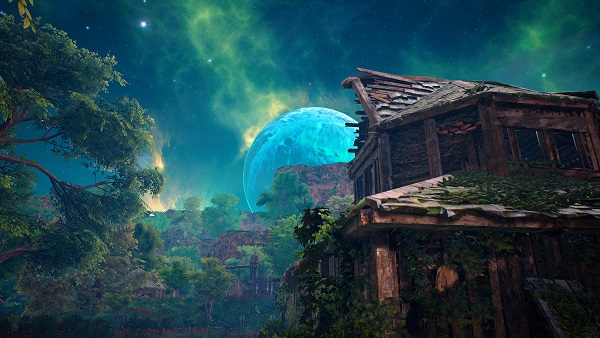 This insect-like machine would have only a flashlight at first and it will help you in the exploration of different items throughout your journey in the beginning. The Automaton heals you while in combat, provides you with some useful buffs, and might also contribute to the fight with you.

It also gives you a glider, which you can open whenever you are jumping from higher ground to increases your traversal speed.

These functions are yet to be unlocked, for which you will need to find an NPC who holds a lamp. The NPC is a mysterious creature and doesn’t talk even a bit and it’s unclear whether this NPC spawns at random locations but is worth a catch.

Also read: How to Change the Appearance of Automaton

Whenever you are near this NPC, a quest will automatically pop up, a dialog box with “Beating the Mirage” written in it. This quest popping is the notification for you to look around and find this NPC. Finding it is easy as it is large in size and its lamp will glow distinctly.

You then need to approach the NPC and a mini-game will be triggered, which you will have to complete to receive an Automaton Upgrade of your choice. You can repeat doing this mini-quest three times and unlock all other Upgrades of Automaton.