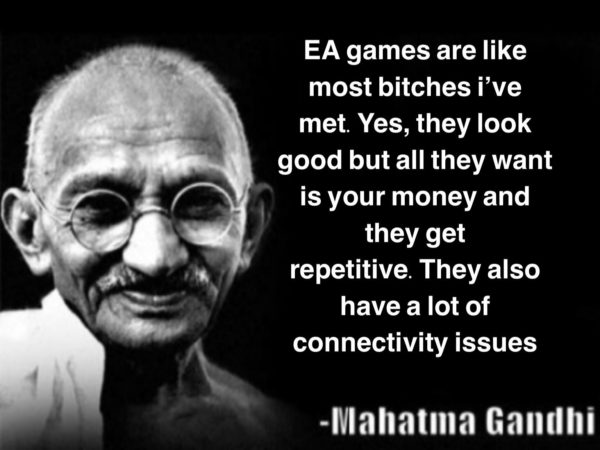 Controversy has become a pretty loose term in today’s generation; with some minor things being deemed a major issue while major issues being brushed aside as minor. The way we take different kinds of news is entirely subjective. There have been plenty of moments in 2019 that made us go “what the f**K.” From the continuing Fallout 76 debacles to Blizzard’s China worship. Let’s look back in hindsight to what the Video Game Industry consumers deemed the biggest controversies of 2019. 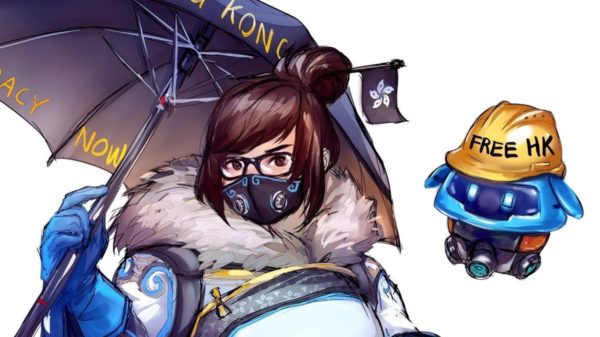 Professional Hearthstone player “Blitzchung” expressed his opinion on the Hong Kong protest during the post-game interview of one of his events. You’re all probably familiar with the Hong Kong protests against the controversial law that was suspended and yes, it didn’t really have anything to do with gaming at all.

What made the connection, however, was when a professional player expressed his support for the protests. In response, Blizzard not only banned him for an entire year, but they also suspended his hard-earned winnings from the tournament itself. Expressing that he broke official policies by voicing his political opinion in a live event.

This led to a trending movement of Boycotting Blizzard which gained a good bit of traction, enough to make Blizzard rescind their decision a bit, reducing the ban to six months and giving him the earnings they confiscated. Obviously that didn’t make the problem vanish though since it was so blatant that Blizzard had influence from China in their decision-making process.

The incident also led to Mei, a Chinese character from Overwatch, used as the face of the protests which was quite the salt rubbing on Blizzard’s wound. While the company hasn’t suffered too much, it definitely tainted their image of so-called “Tolerant” people that just want you to “express yourself”.

Fallout 76 is such a cluster fuck that it’s hard to actually narrow down which part of the game was actually the most controversial bit. Was it the fact that Fallout was now multiplayer? Was it the horrendous amount of game-breaking glitches that was too much even for Bethesda? Was it the reused code that dated back all the way from Skyrim? Personally I narrowed it down to two major events. The duffle Kerfuffle and the bottle bootleg.

The Duffle Kerfuffle was the canvas bag issue that had consumers of the product absolutely fuming. You know what I’m talking about right? The collector’s edition Vault tech bags that were originally advertised as being rich canvas material. But once they were actually at the consumer’s doorstep, it turned out to be cheap nylon. Almost like a harsh reality check!

On top of that, just gaze at this response here to a complaint from a customer who was pretty much hustled at this point. 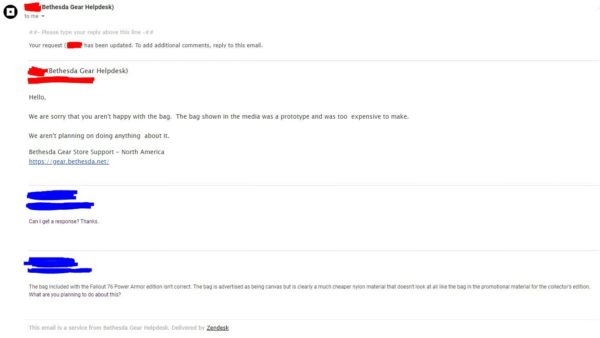 The bottle bootleg was something similar. It was a Nuka Cola dark bottle which was a shipment of Rum that was also a part of the collector’s edition of Fallout 76. Now, nobody was interested in the Rum itself.

The eye-catcher was the glass bottle shaped like the Nuka Cola bottles from the franchise, quite literally a collector’s piece. Like the duffle bags, they ended up just being a regular glass bottle encased in a cheap plastic shell. Something the company in charge of the product claimed to be deliberate. Sheesh, it’s like they’re trying to piss their consumers off. Dammit, Todd! 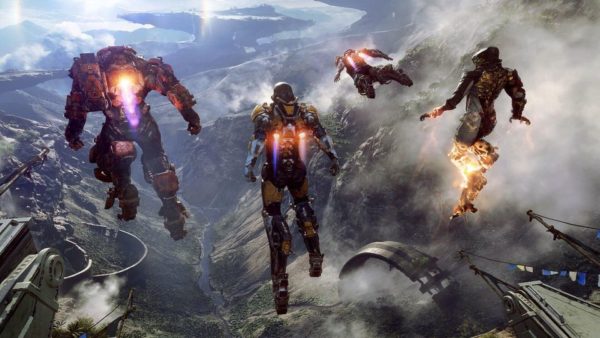 The supposed Destiny killer killed only one thing, itself. The fabled game from Bioware was set up for a big launch in February last year. The slope just dove downhill after the beta, however, which was one of the messiest test runs in the history of beta testing. A lot of people didn’t even get to play it since they couldn’t log in or get past the actual main boss of the game, the loading screens.

Furthermore, Anthem had a pretty glaring loot issue, specifically to do with the RNG of drops. The lowest rarity tier was purple and that was essentially all people were getting.

This led to the “Purple Rain” incident where Bioware developers froze up during an Anthem Livestream due to coming across the very same problem that countless people were complaining about.

The snappy response to the questions in the live stream only dug the grave deeper and it wasn’t long till Anthem essentially lost its support. Unless they pull the mother of comebacks right now, all Anthem will be remembered for is being a massive pile of poo. 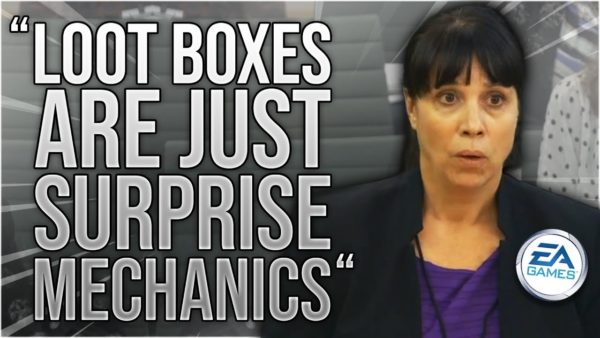 I didn’t think EA would make two spots on this list this time but well, here we are. Surprise mechanics were the company’s defense to the gambling problem of the video game industry, known as loot boxes.

In response to the issue actually facing legal legislation, EA desperately had to save their money-making machine, Fifa. A franchise that thrived on the loot box mechanic for making money and teams in the game.

There’s really nothing to this story besides the fact that they covered it up by calling them, surprise mechanics. Good job EA. These were the Biggest Video Game Controversies of 2019, do let us know how you feel about Anthem, Fallout 76, and Blizzard’s actions.

These were the Biggest Video Game Controversies of 2019. Let us know if we missed one.