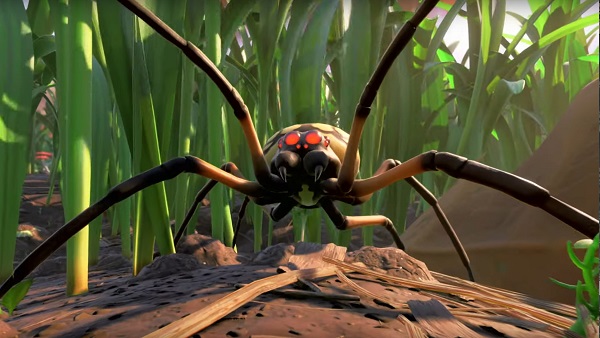 Many of the enemies are easy to kill but there some that cause a ton of trouble for your tiny little character. Insects like spiders and stinkbugs are tough to beat so using the right weapons means a better chance of survival. To face larger enemies you need something stronger than a pebble axe.

To craft the best weapons you need to gather some crafting recipes. Below is the complete list of best weapons from Grounded.

This is one of the best weapons in Grounded but you need to work hard to get it. You need to mine Ice Caps breath mints. You will find this resource at the starting area. You will need an Insect Hammer to mine Ice Caps. Insect Hammer is a Tier 2 weapon used to squish mints. The Mint Mallet doesn’t do much damage but its stun score makes it a really useful weapon. You can stun enemies for a short time and use this time to get a few hits.

Larva Blade is effective against hordes of insects. You get the Larva Blade recipe by analyzing the acid gland or a larva spike. Larva Blade is a one-handed weapon that can easily destroy insects. It not only does good damage but is also fast. You can combine this with Mint Mallet’s stun effect and you have yourself a deadly combo.

Not all battles need to be close-ranged. Sometimes you need to keep your distance from the enemies, especially the spiders. In such cases using the Insect Bow is the right way to go. You can stay at a distance where the enemy can’t reach and keep attacking until the insect is dead. It may take some time to take down enemies with the Insect Bow but it’ll keep you safe. You need to analyze the Spider Fang to get the Insect Bow recipe.

If you like to get up close with spiders and stinkbugs use the Ant Club. This is the best melee weapon in Grounded, especially if you are just starting out. You can craft the analyzing ant parts or ant mandibles. Ant Club is a two-handed weapon, it is slow but does a lot of damage. It also has a stunning effect which allows you to get in even more shots at the enemies.

These were all of the best weapons you can craft in Grounded. Check out the Grounded Wiki for more helpful ticks and tricks.