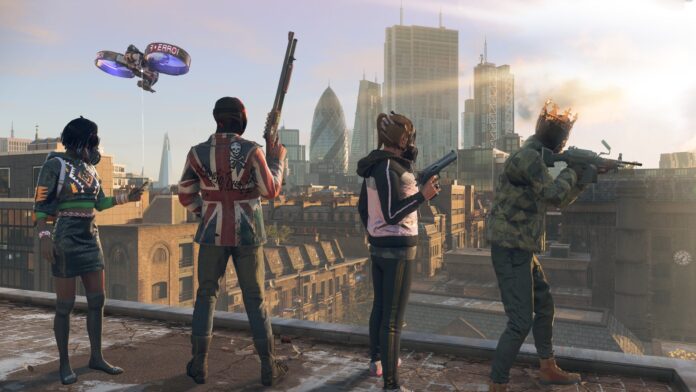 With Watch Dogs: Legion, Ubisoft has taken a different approach when it comes to core gameplay elements. There isn’t a single protagonist and the idea is to clear DedSec’s name that’s been framed for a series of terrorist attacks across London. It’s in your hands to build up a resistance made up of common Londoners and take back the city. In this guide, we’ll go over some tips and tricks that we wished we knew before starting our journey in Watch Dogs: Legion.

While roaming around the futuristic and busy metropolis of London, you can recruit any NPC. Yes, anyone who suits your playstyle or you like – whether it’s a construction worker, taxi driver, hitman, or a granny walking down the street.

Each NPC has its own unique attributes or traits (strengths and weaknesses) which you can check by hacking into their profile instantly with your phone. If you like an NPC, you can save him/her to your contacts, and then later visit your recruits/contact list on the main menu to start the recruitment process.

You can save a maximum of 60 candidates in your recruits list and the “Recruited Agents” that you can swap at any time while playing the game.

After the recruitment procedure, when a candidate joins DedSec, you can choose a specific class for him/her. The classes available are Enforcer, Hacker, and Infiltrator. You should always choose the class which complements that specific NPC’s attributes and your playstyle alike.

Enforcer class specializes in weapons and damage, the Hacker class excels in the field of hacking, and remotely controlling things around, and the Infiltrator class has excellent stealth and melee skills. Each class also comes with different equipment and unlockable perks.

Which Perks to Unlock

Once you’ve chosen the class, you’ll then get the perk slots. Perks unlock at level 5, 10, and 15. Once you’ve unlocked a perk slot, the game gives you the liberty to choose from different perks that are quite creative. Perks help you to further customize characters the way you like to play, beyond the class system.

Appearance and Behavior of Recruited Agents

Every single one of those 20 agents, that you’ve recruited and can play as at any time, has different attributes and personalities. They’ll behave differently (e.g. aged operatives will walk slowly as compared to young ones) and will have different dialogues during cutscenes.

They’ll also have contrasting everyday routines which they’ll follow and to some degree, you too will have to. For example, at times, some operatives may not be available to play due to their routines i.e. they may be sleeping.

As far as appearance is concerned, there are numerous clothing stores available all around London which you can interact with and get some interesting and unique threads for your character. In this way, you can customize the look of all your characters according to your liking.

How to Fast Travel

Although the game is set in a futuristic and dystopian version of London, the good old, iconic underground tube system is still present in the game which you can use to fast travel around the city.

To fast travel, you’ll simply just have to open up the map and hover over an area you want to fast travel to, you’ll likely see a round purple icon in that area which represents the tube station. If you hover over that icon, it’ll give you an option to fast travel.

Clicking the mentioned fast travel button will take you to that location after a brief loading screen.

The map of Watch Dogs: Legion is pretty huge. It consists of 8 unique boroughs and each borough has a unique population fitting to the local culture. The map looks small on-screen but is actually bigger than both the previous installments. A YouTube channel named “Dimitris Galatas VFX” used a grading software to calculate the area of Watch Dogs: Legion map using St. Paul’s Cathedral as a reference point and proved that the map is nearly 6 times bigger than Assassin’s Creed: Syndicate map.

Tech Points are extremely important in Watch Dogs: Legion as they’re used to unlock and upgrade different gadgets. Each borough has specific locations where Tech Points can be found.

These locations are displayed as green little icons on the map and to highlight all of them you’ll have to complete all the side missions specific to a borough. Once you complete all of these missions, it’ll unlock a specific special mission.

Then completing this special mission will reward you with a skilled operative and also highlight all Tech Point locations in that borough. Gadgets are the backbone of your operations in-game and it’ll be a good idea to get as many Tech Points as you can so that all your gadgets are unlocked and upgrades before doing some high-end missions.

If you hack into someone’s profile for the purpose of recruiting, it shows you a brief profile and only gives you some general and limited information about the character. To get all the information you need to effectively recruit someone, you’ll need to unlock the “Deep-Profiler”.

This not only gives you detailed contact info but also the “schedule” of that person for the coming time and “Recruitment Leads”. The schedule is very important as you can exploit a person’s schedule info to effectively visit and talk to them.

Furthermore, it’s the ‘Recruitment Leads’ in a character’s profile that you should be really looking for as they may lead to a proper recruitment mission that can end in the recruit joining your cause.

The world of Watch Dogs: Legion is full of countless drones, cargo drones, news drones, Wi-Fi drones, construction drones, assault drones, and riot drones, etc. You can always use them to your advantage by plucking them out of the sky and taking over control of them. You can scout the areas ahead and pinpoint locations of different enemies using drones.

You can even ride a Cargo drone which can be summoned from special drone stations or found out in the open moving cargo. However, the construction workers have a special ability and can summon it wherever they want. It might come in handy to recruit a construction worker so you have a mode of flight available at just about any time. Just keep an eye out for drones, use them to your advantage and you’ll never run out of creative options to complete a mission.

While playing the game, you’ll notice a person’s voice chipping in from time to time. That’s Bagley, and he’s your virtual AI assistant. Bagley injects a steady stream of sarcasm and mission-related intelligence right into your ears.

He also drops hints about promising and talented recruits along with general tips to help you out throughout your adventures in Watch Dogs: Legion. Bagley also links all your teammates together so that there are no communication barriers.

As you already know that guns are a last resort in Watch Dogs, you’ll be using a lot of kicks and punches. So the mobility of different characters is also worth mentioning.

All characters will have the same basic movement abilities but their agility, speed, parkour and combat combos, etc. will differ according to each character. For example, a professional hitman will be very nimble and agile in hand-to-hand combat but an old lady will be much slower on her feet.