Home Guides Destiny 2 Best Special Weapons to Use in Destiny 2: Beyond Light 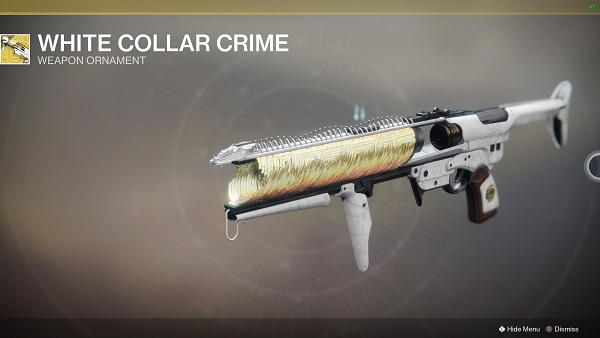 With combo like Mountaintop/Anarchy being sunset, there are a few new option that you can use to great effect in Destiny 2: Beyond Light. Although snipers have become a shadow of their former selves, they’re still pretty good when it comes to sustained DPS, especially if you can land your shots. They’re, however, not the only available options. In this guide, I’ve provided a list of best special weapons that I think will be meta in Destiny 2: Beyond Light.

Best Special Weapons to Use in Destiny 2: Beyond Light

I’ve also detailed what I think are the god rolls (where applicable) for the weapons while playing on MnK. If you prefer another roll, feel free to stick to that. Moreover, these weapons are strictly for PvE activities. Lastly, none of these weapons will sunset for an entire year. With that said, the following are the best specials to take into Beyond Light:

You probably already have it since it was a Season Pass reward in Season of Arrivals. Witherhoard is one of the best zone control and add-clearing specials in the game, especially if you know where the enemies will be coming from. It can also be paired up with things like Falling Guillotine, Negative Space, etc. for an insane amount of DPS. With MT being sunset in BL, Witherhoard is one of the best specials to use in the Kinetic slot.

While it’s just a shadow of its former self, Iznagi’s Burden is still one of the best options for burst DPS. 4x Honed Edge shot with catalyst hits like a truck and is incredible for Ultras and boss DPS. Sadly, the gun and catalyst require a lengthy questline, all of which is now being added to Destiny Content Vault. However, with Bungie adding kiosks in the Tower to acquire old exotics, you still might’ve a chance.

Similar to Izanagi’s Burden, Legendary Snipers aren’t what they used to be but they’ll still be a viable option in Beyond Light. Depending on which activities you like to play, you can get one of these and be ready when the BL drops. Both the Long Shadow and Distant Tumulus are open-world drops, The Supremacy can be acquired from the Last Wish raid, and Eye of Sol is a Trials of Osiris reward. Below are the god rolls you should be looking for:

First In, Last Out

You can get this Arc shotgun from Umbral Engrams. Slug shotguns got buffed for PvE in Season of Arrivals and FILO being one is a must for high-end activities. Auto-Loading Holster is a must so that you won’t have to reload the entire thing over and over again. Assault Mag. is recommended to put in all 6 shots as quickly as possible. Vorpal Weapon will provide additional damage against bosses but you can try Demolitionist if you’ve got it.

With the sole exception of this Legendary Sniper, none of the snipers with Fourth Time’s the Charm aren’t moving forward in Beyond Light. Tactical Mag. will allow you to easily proc. Fourth Time’s the Charm and High Impact Reserves will let you keep the damage going. Only try to reload after landing all the shots and you’ll be good to go. I’d have loved another barrel but none of them increase the reload speed. It can be acquired from Umbral Engrams as well.

With Wendigo GL3 and The Milita’s Birthright being sunset in Beyond Light, none of the GLs in Beyond Light can roll Blinding Grenades except Truthteller. Since you’ll be 20 Power Level under when the raid launches, Blinding Grenades will definitely come in clutch. The ability to blind everything in a room so that you aren’t constantly being shot at is a blessing. If you’ve got surplus tokens, try to spam them at Commander Zavala for a shot to get it. As long as you’ve got Blinding Grenades and Auto-Loading Holster, the other things hardly matter.

When it comes to honorable mentions, there are a lot of options to choose from. Weapons provided below fulfill different roles and are unique in what they do:

These are the best special weapons you should consider taking into Destiny 2: Beyond Light. For more help on the game, you can check out our detailed Beyond Light guides.