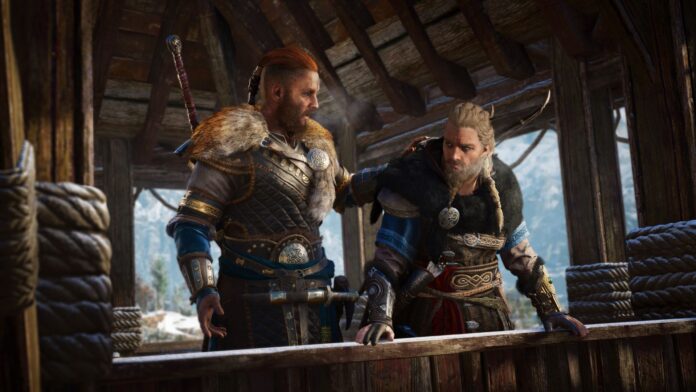 Assassin’s Creed Valhalla skill tree offers a ton of skills that help you unlock your true Viking power. However, the Valhalla skill tree is a bit more complicated compared to Origins and Odessay. Assassin’s Creed Valhalla comes with a brand new progression system that is quite different from the ones we have seen in previous RPG-centric AC titles. You will get more control over character stats, skills, buffs, and some useful combat perks. Skill tree uses different colors and paths which is quite confusing to be honest so it best to dumb it doubt at the beginning and start with the best possible skills you can unlock first. In this guide, we will explain what are the best skills in Assassin’s Creed Valhalla, skills that you should unlock first before moving to others.

Note: Skills are different from the abilities that you find in the open world.

The skill tree in Valhalla allows you to pick stat boosts for melee damage and crits etc. These are small buffs that you shouldn’t worry about. The entire skill tree is divided into three colors:

You can mix and match skills of different colors and create the best builds for your Assassin’s Cred Valhalla character. You don’t need to worry about wasting your skill points as the game allows you to respec to get your skill points back to invest in other skills that you may like to get later on.

The following are the best skills in Assassin’s Creed Valhalla.

Hold L2 to snap and lock your aim on an enemy that detected you. This ability allows you to take down enemies quickly before they alert anyone else. If you are going for a stealth build or planning a raid, Emergency Aim is highly useful.

Advanced Assassination allows you to kill high-level enemies within a set time-based attack. Your level doesn’t matter as long as you nail the timing and land a killing blow.

After you perform a successful assassination, throw an ax at a nearby enemy. Chain Assassination allows you to kill multiple enemies at once. You this skill for your stealth build.

Breakfall is a skill that allows you to reduce fall damage. Once you have Breakfall Eivor will perform a role immediately after falling for a dangerous height.

While in Stealth gain adrenaline by opening chests or pick-pocketing in a restricted area.

Attempt an R2 takedown on an unaware enemy with your melee combat. It will alert nearby enemies but will fill your adrenaline for every one of them.

After you perform a Stun finisher, nearby enemies may cower and run away.

And that’s all you need to know about the best Assassin’s Creed Valhalla skills. If you need more help with the game check out our AC Valhalla Wiki.