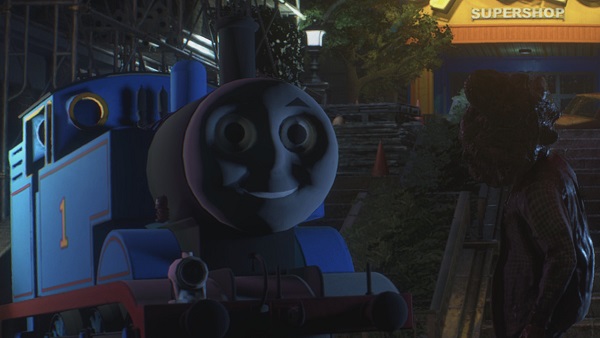 Modders have created a ton of mods for Resident Evil 3 Remake, some are purely cosmetic while others give you useful tools and gameplay changes that help survive the outbreak. It is strongly recommended that you use Fluffy Manager 5000 to download and install all Resident Evil 3 Remake mods.

It may not sit well with some of the fans of RE3 but in my opinion, Clair is a bigger badass than Jill. This one of the best Resident Evil 3 Remake mods, once you download and install it you can start playing as Clair in Resident Evil 3 Remake by replacing Jill’s character model. However, the voice-over remains the same, so it would be Clair speaking in Jill’s voice.

The game was re-designed from top to bottom and most of the things we liked about the original were cut or changed. The original UI was pretty good and that is one thing we can bring back into the game. The Resident Evil 3 Remake Classic UI mod brings the classic blue shade inventory. Veterans of the series will really enjoy this mod.

Don’t get me wrong, I love Carlos in RE3 Remake but hey, who can beat Dante? This amazing mod lets fans add a touch of Devil May Cry to Resident Evil 3 Remake. His character model from Devil may Cry 5 is brought in to replace Carlos which means you can actually play as Dante at certain sections of the game. It is a purely cosmetic mod so don’t expect Dante to bring his own weapons to Raccoon City.

How is humanity saved if it’s not allowed to… evolve?

Say what you want about Ultron but MAN was he scary. Stark’s creation, the killer Robot comes to Raccoon City in Resident Evil 3 Remake. Download this Resident Evil 3 Remake mod to repace Nemesis with Ultron from Avengers: Age of Ultron. You know would be even amazing? If the modders can add some of his most memorable quotes from the movie.