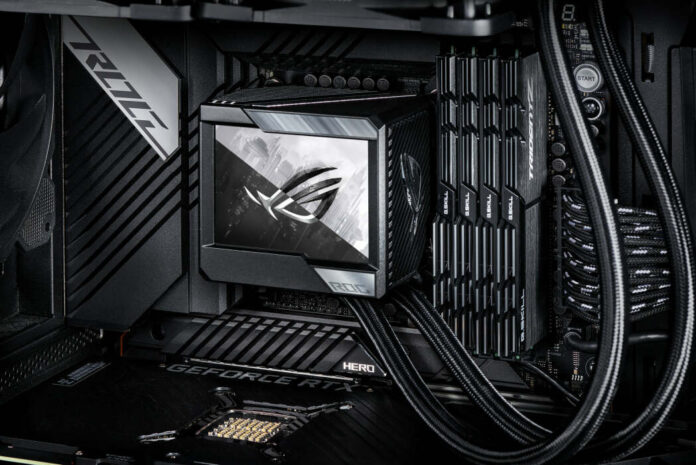 The following are the LGA 1700 CPU coolers that we can recommend for Intel Alder Lake CPUs:

The Asus Rog Ryujin 360 RGB is the top-of-the-line all-in-one liquid cooler that the company has to offer and will work well with the higher-end Intel 12th generation CPUs such as the 12900K or the 12700K.

The cooler comes with a 360mm radiator and triple 120mm fans. There is RGB lighting on the CPU block which looks really cool and can be customized to match the rest of your build. The fans are PWM fans from Noctua, so they work well and do not make noise.

The Noctua NH-D15 is a classic when it comes to custom PC builds and is a tried and tested CPU cooler that plenty of enthusiasts can vouch for. This is a pretty beefy cooler and should work fine with even the top-of-the-line Intel i9 CPUs provided that you are not going to do any extreme overclocking. 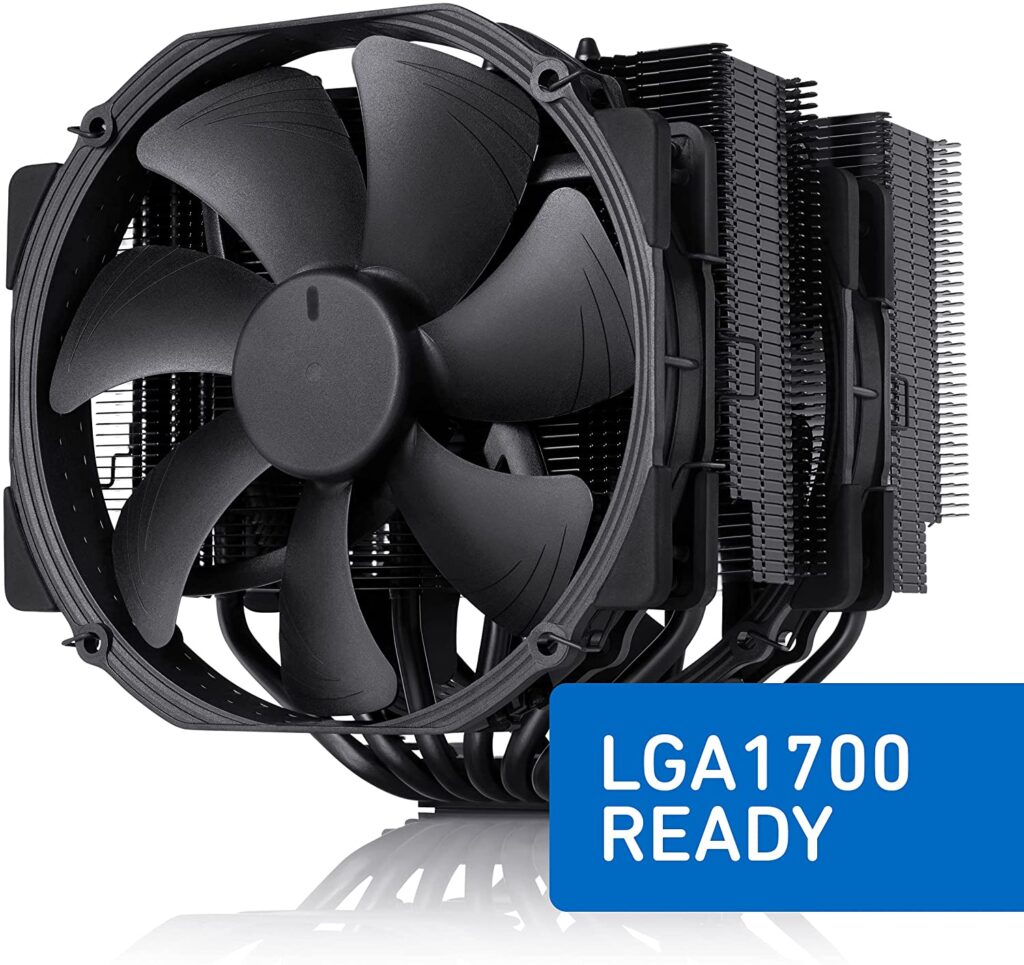 The Noctua NH-D15 comes with 6 8mm heat pipes and a nickel-plated base. The fin design allows you to install RAM on either side. There is 64mm of clearance on either side, so installing RAM is not going to be an issue unless you are going for really tall RAM sticks. As this is a pretty beefy cooler, you will need ample room in your case. The CPU cooler comes in black and should blend in well with the rest of your build.

Compared to the Asus Rog Ryujin 360 RGB, the Asus TUF Gaming LC 240 RGB is a budget-friendly option. It does not come with all the frills and thrills but it does the job and comes with RGB lighting on the fans and the CPU block. The 240mm variant should be enough for something like the 12700K and 12600K.

The Noctua NH-U9S fills the gap between low-profile coolers and the really beefy dual tower models. Despite the smaller design and budget-friendly pricing, it comes with 5 heat pipes and a big base plate. 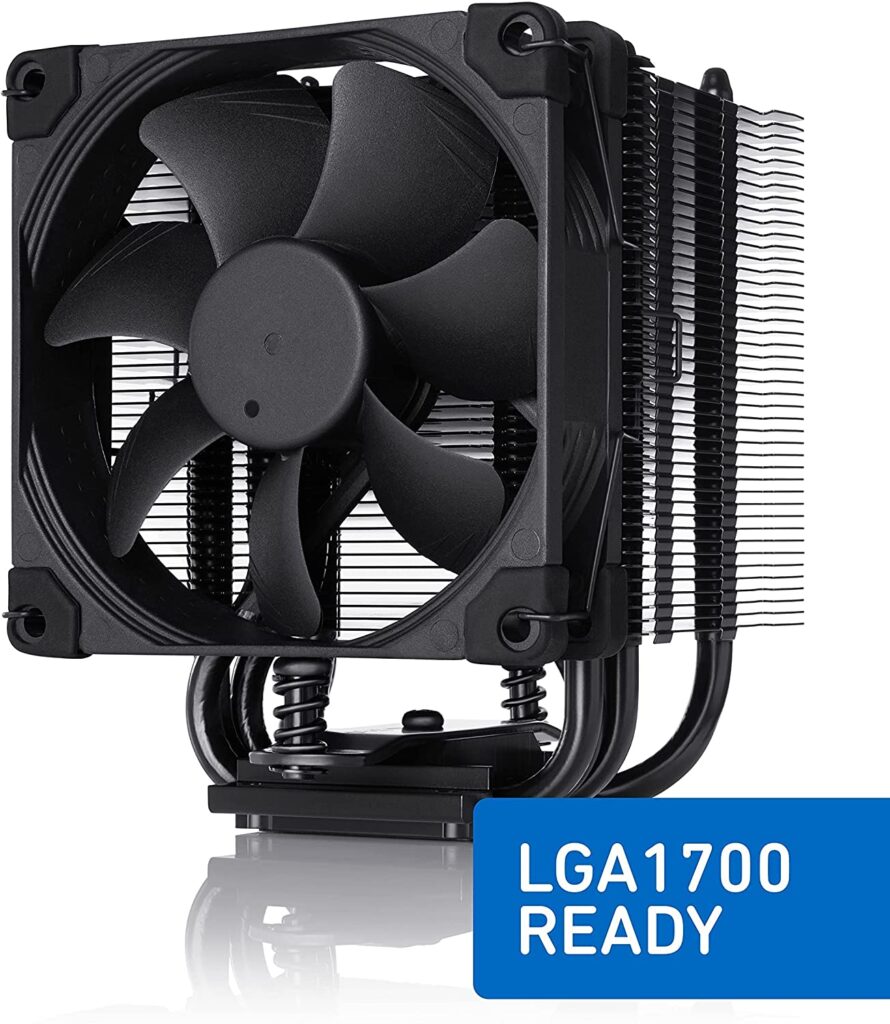 This is a small tower design cooler that has a 92mm fan. Even though this is a smaller CPU cooler it still competes well with larger coolers that come with 120mm fans. The cooler is 125mm high and is meant for smaller PC builds.

The Cooler Master Hyper 212 Black Edition has a sleek design and will blend in well with the rest of your build. It comes with a single Silencio 120mm fan but there is room for an additional one if you are interested in a push-pull configuration. 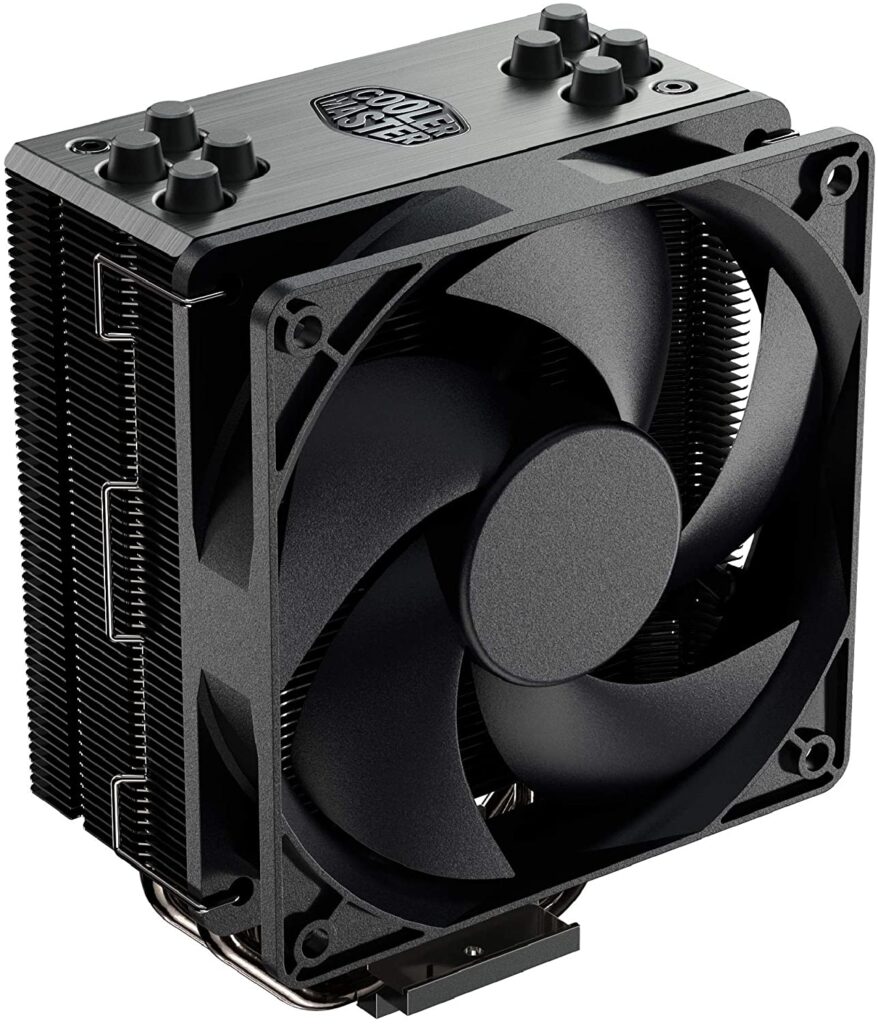 The base is nickel-plated and there are 4 copper heat pipes that make direct contact with the base plate. This is an ideal budget cooler for people that are not interested in spending too much money on a CPU cooler. You should get this cooler for the Intel 12600K.

The Noctua NH-L12S is a thin and light CPU cooler that has a low profile and is aimed for small form factor PC builds. The high is just 70mm and the weight is 520 grams with the fan installed. It has a single 120mm fan that can ramp up to 1850 RPM. There are rubber pads on the sides in order to reduce vibration and noise. 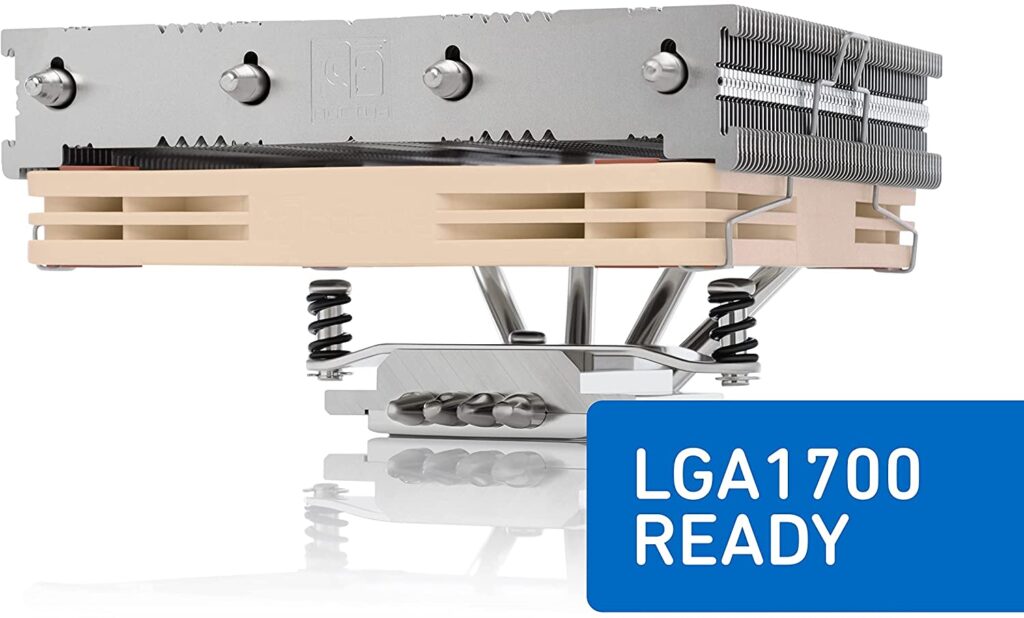 The heatsink is pretty small and features 4 heat pipes. There are spaces in the heatsink that allow you to install it in pretty easily. The ends of the heat pipes are rounded and there are no sharp edges on the CPU cooler.

These are some of the best LGA 1700 coolers that you can buy right now. If you are interested in learning more then you can check out all the LGA 1700 ready coolers from Noctua.