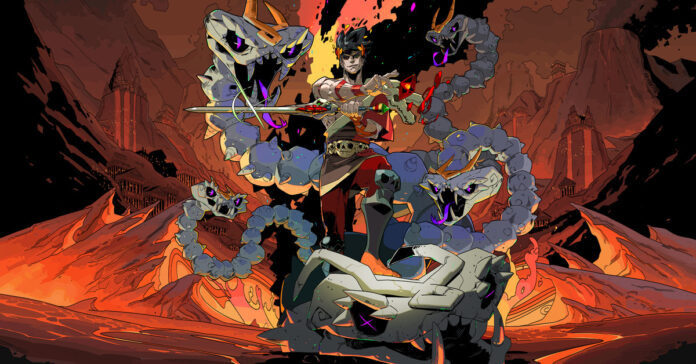 Escaping the underworld is not as simple as you might think and you will need a combination of the best weapons and boons. Hades has plenty of weapons and boons which you can use to make interesting builds. In this Hades guide, we are going to go over the best builds for December 2020.

Upgrades in Hades are random but there are certain things that you can do which will make the selection better. The following are the best builds for the six weapons in the game taking into account Boons and Power-up.

This is the first weapon that you are going to unlock in Hades. The aspect of Poseidon allows you to dislodge cast shards by attacking your enemy. Combine it with Artemis’ Boons (Exit Wounds) to deal 100 damage per dislodged shard.

The strongest form of the Stygian Blade is Aspect of Arthur. This gives you a heavy attack that does increased damage output within a specified radius. Combine this with Poseidon’s knockback Boons and Zeus’ Lightning to maximize damage. You can also combine it with Sea Storms.

The hidden aspect of the bow, Rama, is great for offense. You can use Aspect of Hera as well which will allow you to load your cast shards into the bow. Increase the rank of the aspect to reduce the reload time of the bow.

Combine this with Exit Wounds Boon from Artemis to deal triple cast damage on almost every attack. Artemis’ Quick Reload will make this even faster. Area-of-effect Boons like Dionysus’ Trippy will allow you to shoot at multiple targets at the same time. Daedalus Hammer with Explosive Shot or Triple Shot will make things even easier.

This can be a hit or mess. It depends on how you want to play the game as this is a heavier weapon. If you are interested in playing Hades defensively then you should have it in your builds. The hidden aspect of the shield is the Aspect of Beowulf. This allows you to load your cast into your attacks.

The charged attack will allow you to charge at targets dealing huge amounts of damage. Beowulf will turn this into Dragon Rush, a much more powerful attack. For boons, you can pick Poseidon knockback Boons with Ares’ Doom buffs. This is not going to be one of the faster ways of playing the game but it is a much more defensive option.

This is a great weapon to use but cannot be mastered easily. All of the Aspects are good when it comes to this weapon. To master the weapon you will need the hidden Aspect of Guan Yu. This aspect cuts your base health and all health increases by 70%. You will start your run with 30 HP but getting the Boons from Demeter and Dionysus will make survival better.

The aspect of Talos features great magnetic cutter heavy attack but you should go with Aspect of Demeter if you want to play Hades aggressively. After 12 consecutive blows with Demeter, you will be able to use Giga Clutter heavy attacks. This can be upgraded as well.

You can single-hit most enemies if you combine this with Poseidon’s knockback Boons and Rupture effects. Upgrade your dash when possible and get Dionysus’ Hangover Dash or Zeus’ Thunder Dash. Dashing in and out is going to be key here.

If you are able to use the Breaching Cross upgrade then you will deal 900% damage to armor. Which is going to make the game much easier to progress.

This is one of the most broken weapons in the game with Aspect of Lucifer. It shoots Hellfire that melts anything that it touches. Athena’s buffs are going to be great with this weapon. Reloading can be an issue but you can get the Infinite Chamber to get infinite ammo.

These are the best Hades builds for December 2020. If you are interested in learning more about the game then you can check out our Hades guides hub.