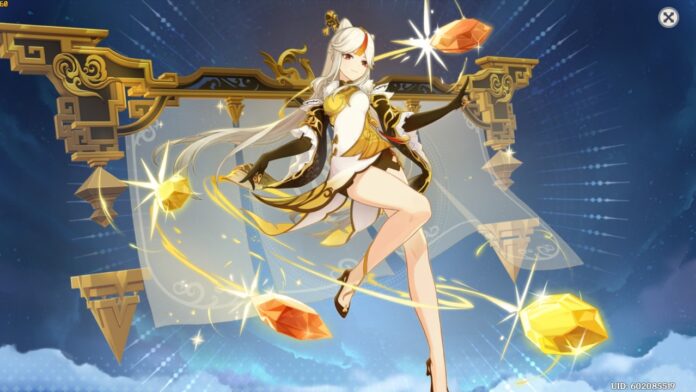 Ningguang is a great character to play and I know there are plenty of Ningguang mains out there that are looking to get the most out of their character. Now that Ningguang is back on the Genshin Impact 2.0 Ayaka banner, you might be interested in building her. In this Genshin Impact guide, we are going to go over the best build for Ningguang including weapons and artifacts.

The following are the weapons and artifacts that we recommend for Ningguang in Genshin Impact 2.0:

For the artifacts, we recommend going with 2 piece Archaic Petra and 2 piece Noblesse Oblige. Her attacks are geo and Archaic Petra is going to give her +15% geo damage bonus. Plus the Noblesse set is going to give her +20% elemental burst damage. Just be sure to use her Jade Screen before using Starshatter in order to deal the most amount of damage.

You should have geo damage bonus on the goblet and crit rate on the circlet. You can also opt to go with a 4 piece Archaic Petra build if you want to boost as much geo damage as possible.

This is the best build that we recommend for Ningguang. To learn more about the game you can check out our guide on the best build for Yanfei and Chongyun.