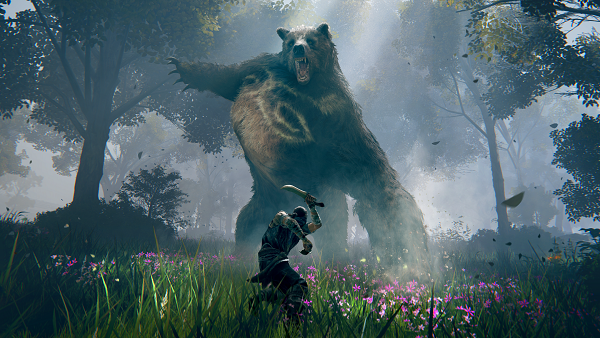 In Elden Ring, players are allowed to start their game with a specific item called a Keepsake. This item is specific to each starting class and can significantly impact how the early game plays out. For example, the Warrior class’s Keepsake is a powerful sword that can make short work of enemies in the early game.

However, it’s important to note that each Keepsake has its unique drawback. For example, the Warrior’s sword is extremely heavy, making it difficult to use for extended periods. As a result, it’s important to choose your Keepsake carefully, as it can significantly impact your Elden Ring experience.

Shabriri’s Woe is the crazed likeness with no eyes, attracting enemy aggression. While this may sound like a negative ability, it can be quite useful for players who wish to engage in jolly cooperation and tank for their hosts. With this talisman, you will be able to draw the attention of enemies and soak up damage that would otherwise be directed at your allies.

In the Elden Ring, Boiled Prawn Keepsakes offer the player five pieces of a consumable item that provides a temporary buff to damage defense. This buff is significant enough to mean often the difference between life and death in the game’s dangerous world. The prawns themselves are not difficult to find, but they can be expensive to purchase. However, many players feel that the benefits of having this buff far outweigh the cost. In addition to Boiled Prawn Keepsakes, other consumable items offer temporary buffs in Elden Ring.

The Bewitching Branch is a powerful tool that can charm enemies and get them to stop attacking you. These branches release a pink fog, which charms any enemies caught in it when used. The effect is only temporary, but it can allow you to escape or take down your enemies while they are distracted. The branches are also consumable, so you must use them wisely. However, they can be a powerful ally in battle if used correctly.

The Stonesword Key is a key that can be used to break Imp seals. These seals hideaway treasure and other items. The key is made of stone and will break after being used. However, you can sometimes find more keys out in the world to open other Imp seals. The key is named after the stone it is made from, and it is said to have magical properties.

Cracked Pots are incredibly useful for anyone who likes to craft their bombs. As the name suggests, these pots are designed never to break, so you can fill them with ingredients and have a constant supply of explosives. In addition, you can get two Cracked Pots right from the beginning if you choose them as your starting Keepsakes.

The Fanged Imp Ashes are a powerful eldritch artifact that allows the user to summon the spirits of long-dead Imps to do their bidding. The ashes can be used unlimited times, but only after the user has obtained the Spirit Calling Bell, which is required to activate the summoning ritual.

The Golden Seed is a rare and immensely valuable consumable item. Found only at Sites of Grace, these special seeds can be used to increase the number of uses for your Sacred Flask permanently. This means that you’ll be able to start the game with five Flask uses instead of four. The Golden Seed is thus an invaluable tool for anybody seeking to gain an edge in the game.

The Lands Between rune is a powerful and versatile tool that can quickly level up your character. When used in conjunction with Melina’s accord, you can level up at least a couple of times at a Site of Grace. The rune is also useful for helping you to obtain rare items and resources.

As you equip the Crimson Amber Medallion, you’ll notice a difference in your maximum HP. This is because this medallion provides a small but significant boost to your Vigor, making it an essential piece of equipment for any character. But it’s especially useful for classes with low Vigor, who will find that their starting HP is much higher with this medallion. Whether you’re exploring dangerous dungeons or taking on powerful bosses, the Crimson Amber Medallion will help keep you alive and fighting.