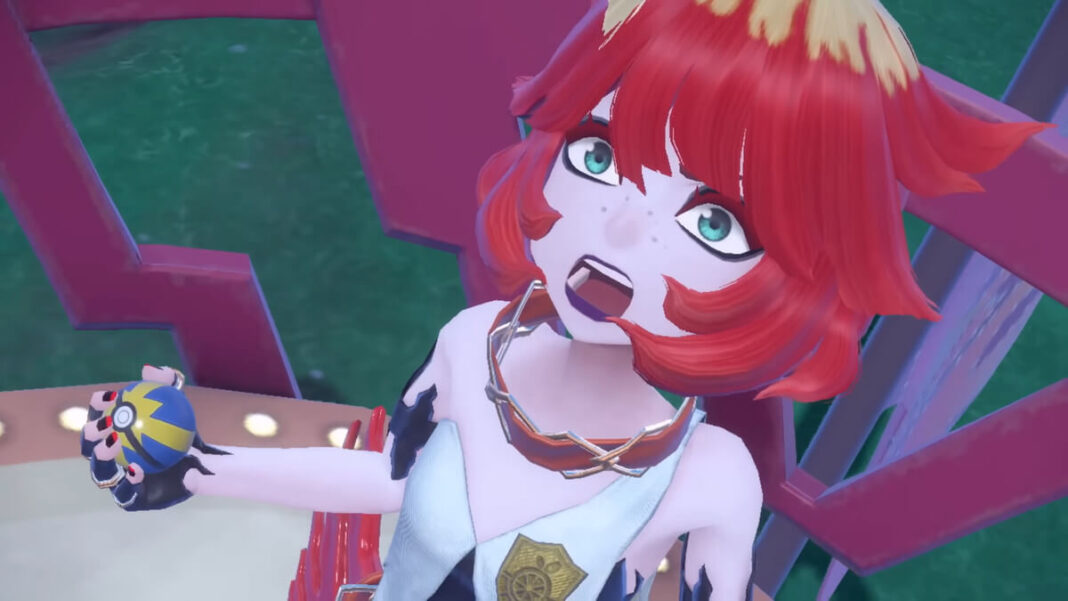 We recommend having Pokemon around level 27 in order to beat the Team Star Fire Crew. If you have lower-level Pokemon then you will have a hard time beating this group. While you enter the base, you will first need to beat the guard. This encounter is pretty straight forward and the guard is not much of a challenge.

With all that done, you will come to the boss fight. You will take on Mela who has a level 27 Torkoal and level 26 Revavroom (Schedar Starmobile). Torkoal has the Drought ability which buffs fire attacks. You can cancel this ability by using the abilities of your own Pokemon, such as Psyduck’s Cloud Nine. Alternatively, you can take out Torkoal quickly by using Ground, Rock, or Water attacks.

The Revavroom (Schedar Starmobile) has a large HP pool and can boost speed. You can beat this Pokemon by using Ground, Rock, or Water attacks.

Once you have defeated Mela, you will get a Star Badge and the Flame Charge TM. You will also get 5,000 LP, the ability to make more Technical Machines, and TM materials. from Cassiopeia.