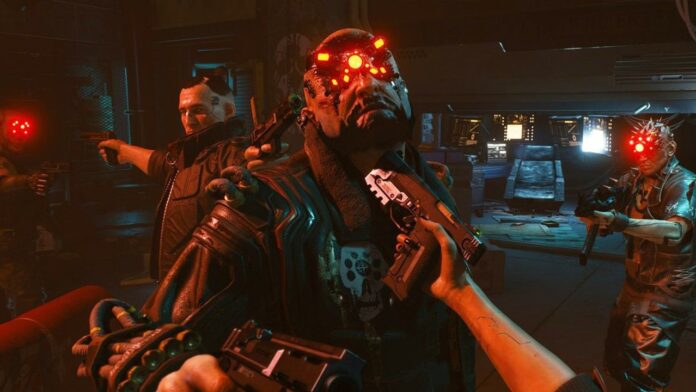 Royce is one of the bosses that you are going to encounter in the early part of Cyberpunk 2077. Royce is the leader of the Maelstrom gang and you will encounter him during the mission “The Pick Up”. You will get the mission from Dexter, one of the fixers in the game, soon after you have completed the tutorial. In this Cyberpunk 2077 guide, we are going to go over how you can beat Royce or skip the boss encounter completely.

How To Beat Royce In Cyberpunk 2077

Royce has a mech suit on and you need to scan him in order to reveal the weak point of the boss. The weak point is going to glow orange and is on the back of the enemy. Shooting at the other parts of the enemy is not going to do a lot of damage but you can shoot the week points in order to deal high damage and take out the enemy as quickly as possible.

You can use smart weapons in order to shoot the enemy while staying in cover. This is a good strategy that is going to deal damage to the enemy while keeping you safe but you will need to get out of cover in order to hit the weak spots of Royce accurately.

How To Skip Royce Boss Battle

There is a way in which you can skip the encounter completely. You will start off at the Maelstrom base talking to one of the gang members. When given the dialogue choice, ask Jackie to calm down and sit down.

While you are sitting on the couch Royce is going to come up to you and be a bit hostile. He will want you to pay double for the bot. Chances are that at this point you do not have enough money on you.

You will be given the option to either take out your gun or knock out Royce. Choose to knock him out. You will attack him with your gun and he will drop on the floor. After that, Royce is going to stay knocked out and you will not have to deal with him later on in the mission.