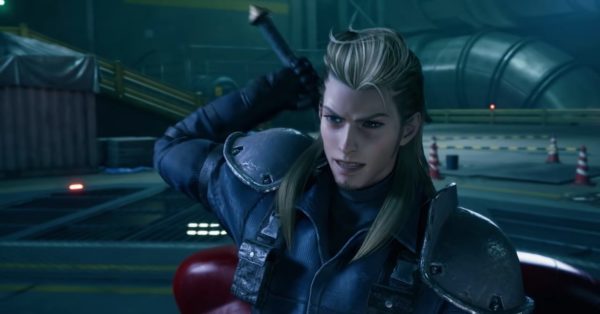 Our Final Fantasy 7 Remake guide will help you step-by-step on how to defeat Roche so you can easily beat him and move on with the game.

How To Beat Roche

Players will face Roche AKA “Speed Demon” at the end of chapter 4 of the Final Fantasy 7 Remake. In this boss fight, players must fight while also driving a motorbike in the game.

First, you’ll be fighting this boss while he chases your down on his bike. After that, Cloud Strife will have to face him in a classic duel. Here is how to defeat Roche.

When he isn’t close, use your own long-range attack by pressing L1 + Triangle. However, defending yourself should be your primary concern. Only attack when you have a chance.

Keep an eye of his position, when he drives on the side of the tunnel, he’ll launch vertical lightning strikes at Cloud Strife. Use this to telegraph his move and dodge the lightning strikes.

He can even use a smash attack near you and you need to dodge it by going to the side of the tunnel. After that, Roche will stick close to you and this is your chance to use spin attack and keep on slashing.

Just keep dodging and land a few hits whenever you get the chance. Eventually, the motorcycle chase will come to an end and it’s time to duel with Roche.

In a shocking twist, Roche will heal you by 9999 and will also restore your MP by 999. He’s much more of a challenge in this duel considering he has many skills that Cloud possesses.

Use Punisher mode in this phase of the boss fight. Block his attacks and counter him to deal damage. The more your block him the easier it is to interrupt him and landing your combos.

However, don’t get comfy after you initially land a few hits by blocking him. Keep an eye on him when he starts a flurry, this is your queue to dodge his spinning attack.

He can also use Materia Spells, try to telegraph the animation and dodge these spells in time.

However, Roche himself is weak against Fire attacks to try and use Fire Spell occasionally. You need to keep using the Punisher mode to block his attacks and then land combos.

Deal enough damage and you’ll enter the next phase of the boss fight. In this phase, Roche is much agile and aggressive.

While he’ll still be vulnerable to Cloud blocking his attacks but he can quickly dodge Cloud’s attacks and then use dash attack to stun Cloud.

Keep Cloud in the Punisher Mode and keep on countering Roche. Dodge when he uses a spell and save Cloud’s ATB abilities for when he is staggered. Keep following this pattern and eventually, you’ll beat Roche.

That is all for our Final Fantasy 7 Remake guide on how to beat Roche. For more on the game also see our Summons Locations Guide and Limit Break Guide.