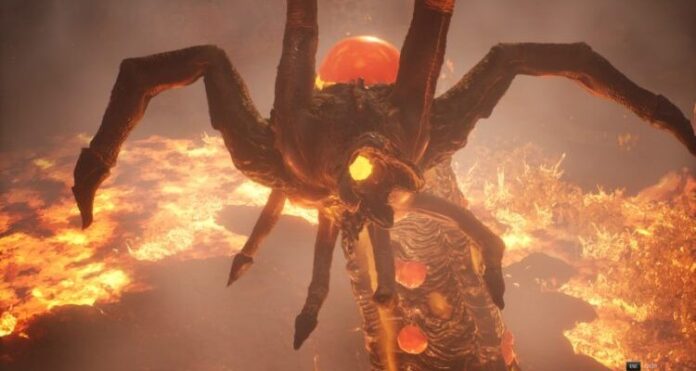 The Molten Acari is a huge spider-like boss that you need to beat in Outriders. The boss has plenty of molten attacks that it can use against you. In this Outriders guide, we are going to walk you through how you can beat the Molten Acari boss.

The Molten Acari has three segments in its health bar which indicated the three phases of the boss fight. Each time the boss comes back more aggressive and with new moves.

The attack pattern of the boss is pretty straight forward but you might die a few times before you get used to it. During the first phase of the encounter, the boss is going to use its melee attacks at close range so you will want to stay at medium range in order to deal damage and stay out of harms way. Doing this is also going to allow you to dodge the lunge attacks of the boss.

You need to shoot the raised back of the spider to reveal the glowing fiery weak point. This is what you need to aim at in order to do the most amount of damage. During the fight, you will see a blue circle on the floor. This indicates where the attack of the spider is going to land. 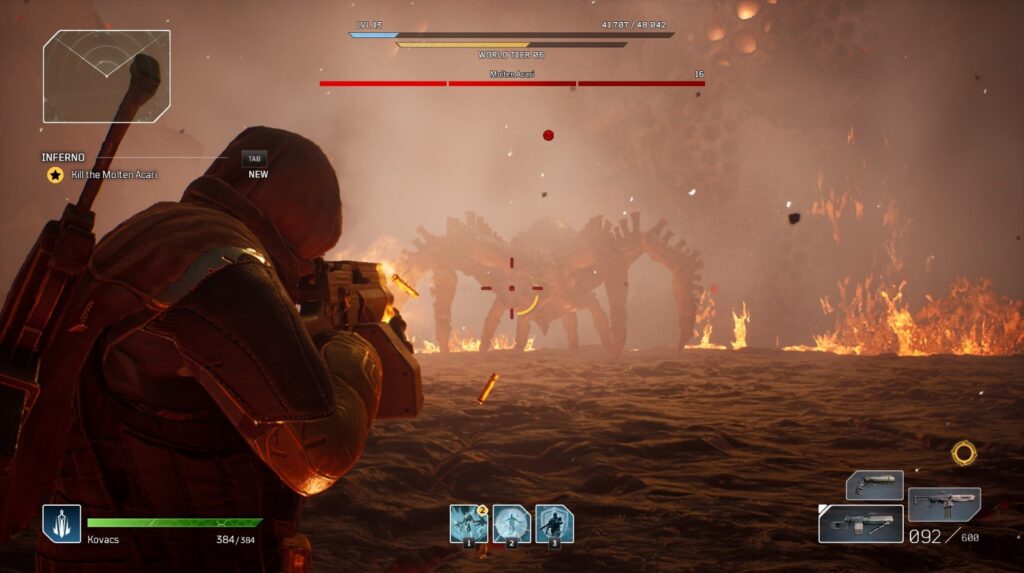 During the second phase of the boss fight, the spider is going to be stronger and more aggressive but it will also come with smaller minions that are going to attack you. When that happens the best thing you can do is keep moving around.

You want to move around and avoid the heavy attacks of the boss and take out the smaller minions in the process. The weak spot of the boss is in the same location so deal damage to it as much as possible to deplete the health bar of the boss.

When you have done enough damage the boss is going to turn into a centipede creature. The boss has a lava attack that will force you to stay inside the lava circle. You can survive as long as you take care of the minions and move around while staying inside the circle.

The boss is also going to rotate but the rotation is slow which will allow you to attack the blisters on the boss which are the new weak points that you need to aim at in order to deal the most damage. There is another attack that is marked with a blue circle on the ground which you can avoid by moving out the blue circle.

This is how you can beat the Molten Acari boss in Outriders. If you are interested in learning more about the game then you can check out our Outriders guides hub.