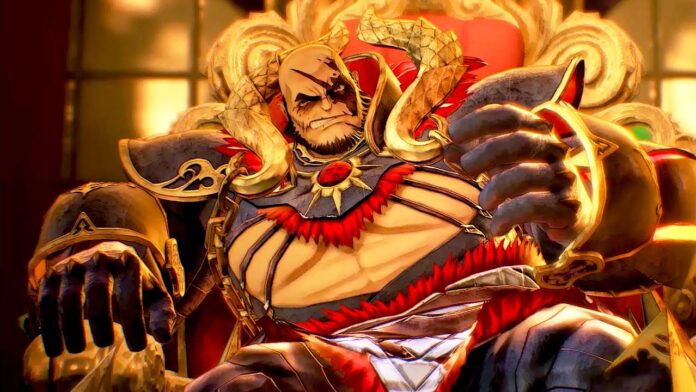 Lord Balseph does not have a weakness but he is not resistant to anything either. For this boss fight, we recommend you play as Alphen. We also recommend moving around and staying out of closed spaces in order to avoid the Fire Avatar and its fireball attacks.

Close to the end of the fight, Lord Balseph is going to try and gather energy for a final attack. You need to deal as much damage as possible to keep that from happening. You can use boost attacks in order to get the job done.

Lord Balseph Attacks And How To Avoid Them

The following are the attacks that Lord Balseph can use and how you can avoid taking damage:

Lord Balseph will glow red and release some energy in the form of an explosion. This does not do a lot of damage but it can stagger you, leaving you vulnerable to other attacks. When you see him glowing, step away in order to avoid taking damage and being staggered.

The boss will hold his axe with both hands and slam it into the ground. You can avoid this with a well-timed dodge and even counter this attack in order to deal some damage to the boss.

There are two variants of this attack. Both are very similar. One of the variations creates a wave of fire. This can be avoided by jumping. The second variation creates an explosion that you can run away from in order to avoid taking damage.

The boss can swing its axe around in an attempt to hit you. You can dodge this and it is easy to do so but if you are hit then it is hard to recover from as it will leave you open to other attacks. At times the boss can use this attack twice in a row.

The boss can charge at you while dragging his axe on the ground. He will then attack you. You can easily move to either right or left in order to avoid taking damage.

As mentioned before, the boss is not the only one that you need to worry about. You also have to look out for the fireball attacks of the fire avatar. The fire avatar is going to appear in the second phase of the boss fight. You can avoid these attacks by moving around constantly.

This is how you can beat Lord Balseph in Tales Of Arise. To learn more about the game check out our Tales of Arise guides hub.