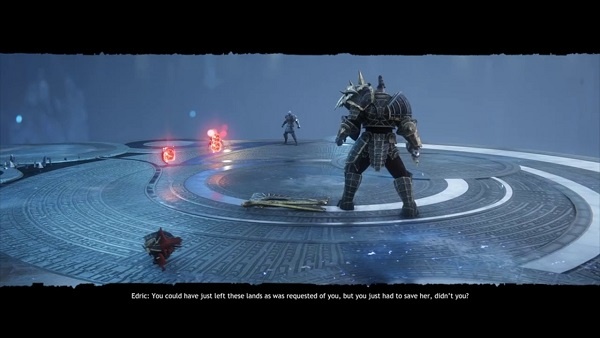 One of the bosses you will face in the new early access title Wolcen: Lords of Mayhem is called Edric, Justicar of the Republic. Just like Sirkis, this boss fight takes place in the first act of the Lords of Mayhem. In our Wolcen Edric boss fight guide, we will discuss how to beat this boss enemy.

How to Beat Edric, Justicar of the Republic

While you face this boss during the first act of Wolcen, Edric is actually the third boss you face in Lords of Mayhem. When facing Edric you feel notice that his main attack is a charge that he uses to quickly move around the arena. Keep in mind that if you are in his line of movement you will lose HP points.

Edric also has a shield he uses to attack you. The shield has a stun effect that leaves the player stunned for a moment and vulnerable to attacks. The boss can also summon minions to his aid so it is best to kill them first whenever they are summoned. Once these minions are down, focus on the main boss. Avoid being in front of him as much as possible, and flank him from behind. Get behind him and attack from that position.

Due to his large size, Edric takes some time to turn around and attack the player. Use this to your advantage and attack his back and legs.

You can see what skills and signature skills would be best to deal with Wolcen’s Edric boss fight. In the video above, a 2H sword and spec’d 50/50 between Ferocity and Toughness build is used to take down Edric.

However, there are a range of different builds you can use for this boss fight but we suggest face tanking him using a Praetorian / Siegebreaker build for each of his three phases. It is slow and often boring due to all the auto attacks but it does work. You can also try Cabalist DoT stacking.

Stack a ton of Burn/ Shock and move around as much as you can to avoid his attacks. DoTs do a lot of damage to Edric. This is all you need to know to handle this boss with ease. If you need more help with the game check out our guides hub for Lords of Mayhem. I hope that this guide was helpful and that you can now beat the boss easily.