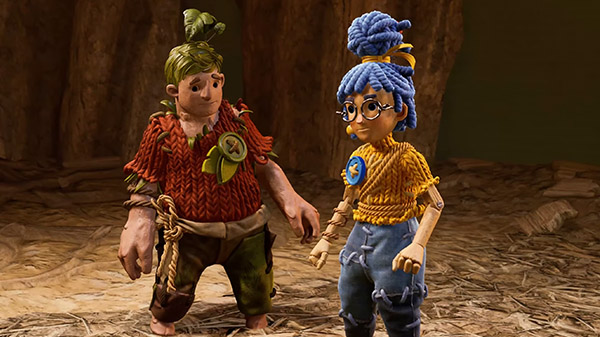 It Takes Two has a couple of boss fights that you need to clear in order to progress the game. The Bull boss is one of the most frustrating ones in the game. In this It Takes Two guide, we are going to walk you through how you can beat the Bull boss.

You will encounter the Bull boss during the Cuckoo Clock chapter at the end of the Clockworks section. The following is what you need to know about the encounter with the Bull boss.

Beating The Bull Boss In It Takes Two

You will need to use Cody’s time tuning and May’s clone in order to land three solid hits. You are going to need some accuracy in order to do that. The accuracy that you need is going to be much higher than usual.

You will notice that there is a circle right below the Bull statue. Cody will need to use time manipulation the restore one of the buttons on the circle. When May stands on the button a wall in front of the statue is going to lower. When that happens, you will see a vulnerable red area. The bull is going to charge at May, In order to avoid the Bull, you need to set a clone somewhere else.

What you need to do is teleport to the clone before the Bull hits May, but the teleportation needs to be late enough that the bull will run into the pedestal. If you do not time it right, the Bull is going to charge that the other characters.