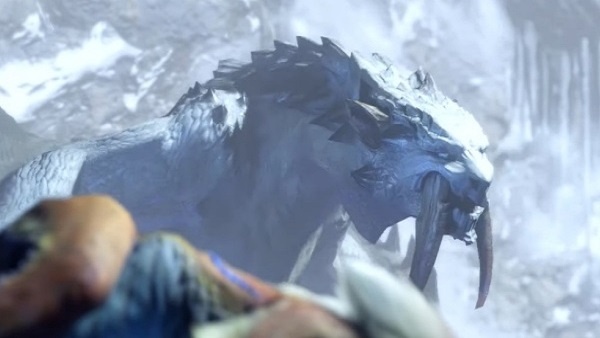 Barioth first appeared in Monster Hunter 3 and now makes a return in Monster Hunter Rise. When facing Barioth, expect deadly claws and tough skin. Compared to other monsters in the game, Barioth is probably among the topmost aggressive beasts. First, let’s go over its attack patterns and combos.

Barioth is agile and fast when it wants to be. You will see it sliding around the battlefield using its claws and fangs. Moreover, if you try to get closer, it will try to use its long tail as a club to cause significant damage as well as the Iceblight status effect. To make matters worse, Barioth can generate an ice tornado which puts you in the Snowman status effect. Barioth won’t perform this attack when it’s fatigued which gives you an opportunity to attack.

To beat Barioth in Monster Hunter Rise you need to use Fire and Thunder attacks. You can also use Shock traps, Pitfall traps, Flash and Dung bombs. Right off the bat use a heavy attack to slam its head and follow it up with a Fire and Thunder attack. After that, it usually tries to come back into the fight with an iceball attack which you can dodge easily. Wait for the monster to stand still, charge forward to land a few hits.

It is best to target its forewings and bring them to restrict its movements and abilities. Avoid getting too close until you break the forewings. When you manage to wear down the monster, mount it and slam it in walls. Barioth will try to flee the grounds, that’s your cue to chase it down. Once you reach it and trigger the phase, Barioth will go into rage mode. It will mainly use its tail to attack during rage mode and it can stun you with its tail.