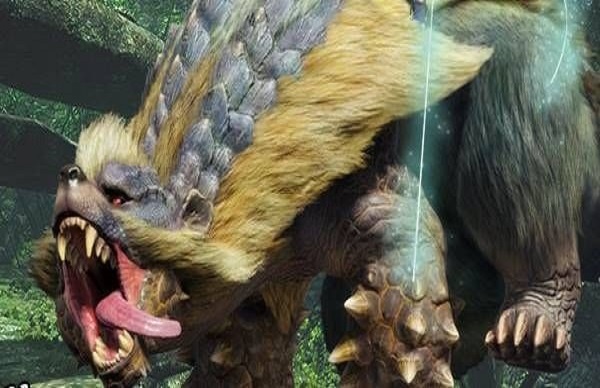 Arzuros is a Fanged Beast that was last seen in Monster Hunter Generations. Arzuros is usually found in humid forests and mountain regions. Arzuros likes Honey so you can find him in areas where Honey is found.

This monster uses continuous claw attacks, a spin attack, a tackle attack, and a hip attack.

Claw Attacks: Arzuros will use a claw attack with forwarding motion. It can multiple hits with this attack so stay on your guard.

Swipe Attack: Arzuros will lean back and throws a swipe attack with both claws. It is best to avoid this attack at all costs.

Tackle Attack: Arzuros can tackle you in Monster Hunter Rise. However, this attack is easy to predict so you won’t have a hard time dealing with it.

Grab Attack: Arzuros can grab you, use the wirebug to escape its clutches. If another hunter is captured, stun the beast to release him.

Hip Attack: The hardest attack to dodge is this one, so stay on your guard and watch out for a sudden sideways attack.

Arzuros can tackle you easily because the tackle attack has a large hitbox. Avoid this attack by using a wirebug. Arzuros’ weak point is its butt, so attack him from behind. But while you attack it from behind, it will probably use the hip attack. The good news is that Arzuros is much easier to put into a mountable position compared to other monsters in Monster Hunter Rise. If you’re grabbed, you can honey to free yourself.

And that’s how you beat Arzuros in Monster Hunter Rise. Need more help? See how to fast travel, how to capture Monsters, how to beat Chameleos, tips and tricks, best starting weapons.