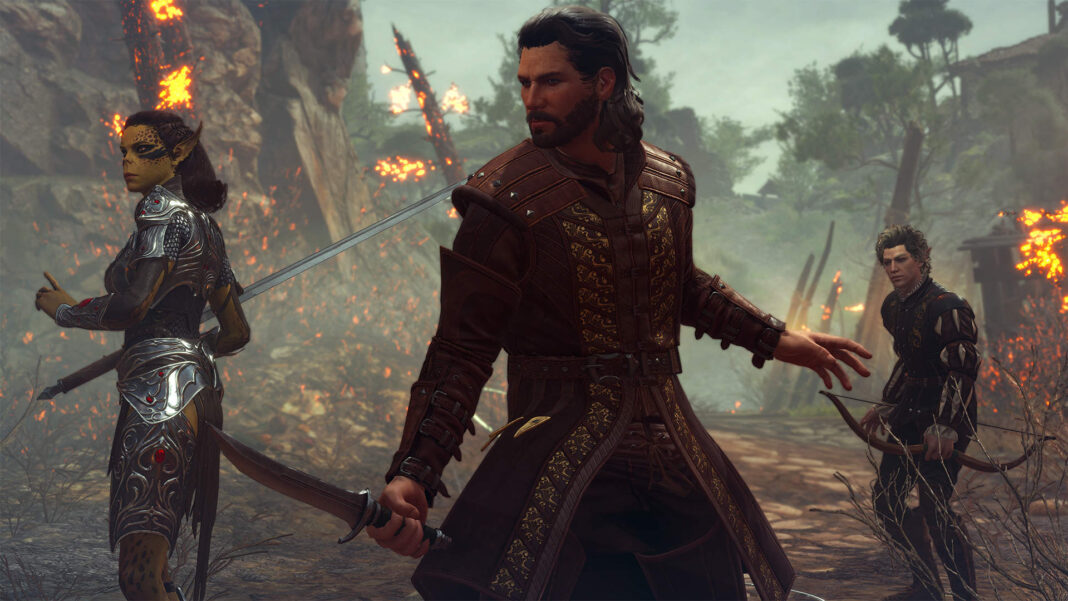 Baldur’s Gate 3 is an RPG and weapons are an important part of any RPG video games. There are a plethora of weapons in Baldur’s Gate 3 for the players to choose, each weapon having unique traits, skills, proficiency, and quality. In this Baldur’s Gate 3 Weapons Guide, we will help players with all of the game’s weapons.

However, in this guide, we’ll not be sorting weapons based on their type. Instead, we’ll be categorizing them based on their Proficiency. Weapons in Baldur’s Gate 3 are either Simple or Martial.

As for how players can acquire these weapons, players will be rewarded weapon for completing quests, looting, or they can purchase them from merchants. Weapons are also dropped by the defeated enemies and bosses.

Cleave
Weapon swings in a large arc allowing players to hit multiple enemies at once.

Pin Down
Inflicts Piercing damage to the target enemy and reduces the target’s movement speed by 3m. This skill is found in ranged weapons only.

Slash
This weapon skill inflicts bleeding on enemies struck by a weapon having this particular skill. This skill has no effect on the weapon’s range.

Smash
Hitting an enemy with a weapon having a Smash weapon skill will inflict bludgeon damage.

Topple
This weapon skill inflicts Prone on the enemies.

That is all for our Baldur’s Gate 3 Weapons Guide with detailed stats on all of its weapons and more. For more on the game, also see our Scrolls Guide and How to Change Party Members.