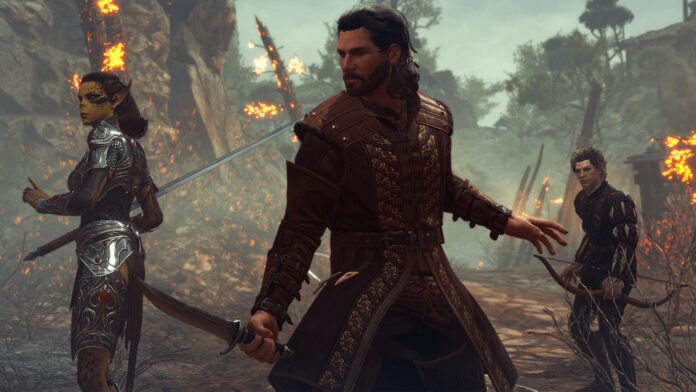 Baldur’s Gate 3 PC is facing errors and issues like the crash at launch, FileSystem Error, in-game crash, the game not saving, access denied, .Net Core error, low resolution, and more. Here I have compiled a list of errors and issues with the game along with their fixes and workarounds.

Baldur’s Gate 3 has finally launched as an Early Access title and fans of the franchise didn’t waste a minute to grab the game. Since the game is in active development, there are bound to be issues and errors that’ll pop up with the game.

The following are the errors and issues that Baldur’s Gate 3 players are experiencing along with their fixes and workarounds.

Baldur’s Gate 3 PC players are reporting that they are unable to load the game or even save their progress as they get the following error.

These errors aren’t allowing players to either load the game or save the game. But worry not, as this error can be fixed and here are the fixes for the FileSystem Error, Game Not Saving, Access Denied error in Baldur’s Gate 3.

One reason for these Baldur’s Gate 3 errors could be the lack of admin rights. Right-click the Steam’s exe > properties > Compatibility tab > check “run this program as administrator” and hit apply. Do the same for Baldur’s Gate 3’s exe file and the error will be fixed.

If giving admin rights to the game and steam didn’t fix the FileSystem error then Ransomware Protection might be stoping the game or Steam from accessing the save folder. Open Settings > Update & Security > Windows Security > Virus & Threat Protection > Manage ransomware protection > Turn off controlled folder access.

Another fix for the Baldur’s Gate 3 FileSystem error is to right-click Documents folder > Properties > Locations tab > click “restore default” and press Ok. This will fix the error and players will be able to load and save their Baldur’s Gate 3 progress.

If the issue still persists and you have set up Onedrive then that might be the culprit. Players might have enabled OneDrive backup for the Documents folder. Disable the OneDrive backup and these errors will be fixed.

Baldur’s Gate 3 PC players are reporting that the game is crashing while playing. For some players, the game crashes at a specific point while for the other, it crashes randomly. Here is how to fix the Baldur’s Gate 3 in-game crash issue.

One reason for Baldur’s Gate 3 to crash is the Vulkan API. The game uses this API by default and players just need to switch the API to DirectX 11 and it’ll stop crashing.

Using third-party monitoring tools and software like MSI Afterburner can cause the game to crash. Disable any third-party tool you are using along with Steam overlay and GeForce Experience overlay. This will keep the game from crashing randomly while playing.

Since Baldur’s Gate 3 is in development, the game still requires optimization and it could be putting a lot of load on your GPU or your GPU could be overclocked.

Those of you facing the “DXGI_ERROR_DEVICE_REMOVED” error while playing the game, if your GPU is overclocked then revert it back to its default GPU clock even if its factory overclocked. If the overclocked GPU isn’t the issue or you don’t want to mess with the GPU clock, players can cap the game’s FPS and I recommend that you do that through the GPU driver.

Open Nvidia Control Panel > Manage 3D Settings > Program Settings > select Baldur’s Gate 3. Turn on “Max FPS Limit” and set the value to 30. This will Baldur’s Gate 3 at 30 FPS and will reduce the GPU and CPU load. If you are playing at an unlocked FPS then you can lock the game at 60 FPS. This will stop the game from crashing randomly and the “DXGI_ERROR_DEVICE_REMOVED” error won’t pop up again.

According to Baldur’s Gate 3 players, they are unable to play the game as they get the following error when they launch the game.

There is an issue with Baldur’s Gate 3 that renders the game at a lowe resolution even if the players have selected 1440p or 4K resolution. This can be fixed by switching to DirectX 11 and the issue will be fixed.

Black Screen is another issue that Baldur’s Gate 3 players are experiencing. According to players, when they launch the game they get a black screen but can hear the audio in the background.

To fix this, launch the game and when the black screen appears, press “Alt + Enter”. The game will go into Windowed mode and will start to display.

Baldur’s Gate 3 players are reporting that the game crashes at launch, when the loading completes, or doesn’t launch at all. There are a number of reasons behind the Baldur’s Gate 3 crash at launch issue and here are the fixes.

For those of you facing the issue on 32-Bit Windows 7 or any other OS, the game only supports 64-Bit OS. Upgrade your operating system to 64-bt and it’ll stop crashing at startup.

Also, the game by default selects Vulkan over DirectX which is causing the crash at launch issue for a lot of players. Just switch to DirectX 11 and the issue will be fixed.

Lack of admin rights might be causing the game to crash. Right-click the game’s exe > properties > Compatibility tab > check “run this program as administrator” and click apply. This should get the game working without crashing at launch.

Another fix for this crash at launch issue with the game can be fixed by going to “Documents\Larian Studios\Baldur’s Gate 3\Playerprofiles” and deleting the player’s named file. This will get the game working without a crash at the start.

If the issue continues to persist, go to your Steam Library > right-click Baldur’s Gate 3 > properties > Local Files tab > click “Browse Local Files”. Launch the game directly from the exe. If the players get an error similar to “vcruntime140_1.dll Was Not Found”, they need to install the latest Microsoft Visual C++ Redistributables both x86 and x64 versions. This will stop Baldur’s Gate 3 from crashing at launch.

Alternatively, players can manually download the “vcruntime140_1.dll” from the internet and place in the game’s install folder. This will get the game running and it won’t crash at startup.

Your anti-virus or Windows Security might be blocking important game files. Either disable the real-time protection or exclude the game’s install folder from it.

First, make sure you have installed the latest GPU driver. Open Task Manager and check if there is any process that is using too much CPU, GPU, or HDD. If there is a process, wait for it to complete and if it takes too long then try terminating the process.

Apply these settings and players will notice an improvement in the game’s FPS and the stuttering will be fixed for good.

According to players, the in-game audio is constantly crackling, buzzing, or popping. Here is a potential fix for this Baldur’s Gate 3 audio issue.

Open Settings > System > Sound > click “Sound Control Panel”. Select your active audio device > Properties > Advanced tab. There are multiple options for the players to choose and they’ll have to do a bit of trial and error to see at which setting the audio stops crackling.

That is all for our Baldur’s Gate 3 fixes for errors like FileSystem Error, access denied, .NET Core Error, in-game crash, stuttering, crash at startup, and more. If you are facing errors and issues with other PC games or your PC then also see our hub for commonly occurring PC errors and their fixes.