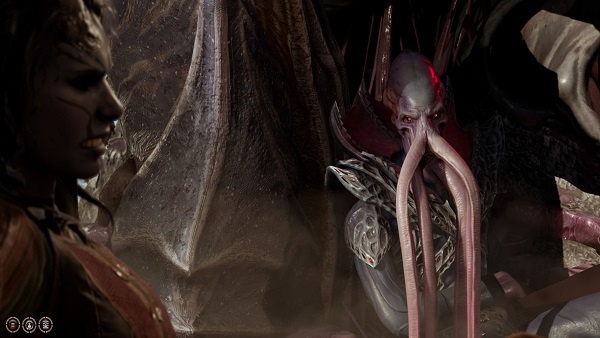 Warlocks in Baldur’s Gate 3 use their Cantrip Eldritch Blast to great effect. The blast does 1-10 damage every use from 18m. You can cast Cantrips every turn without utilizing the Spell Slots. Warlock class also uses high damage AoE spells and it can use Misty Step on level 3. This class is extremely powerful.

Conjure a beam of crackling energy that deals 1d10 Force.

Misty Step is a great skill to have in your Warlock build as it lets them teleport to different parts of the arena. This skill can be used to get the high ground and deliver the Eldritch Blast more effectively. Your Warlock can roll 2 D20s when attacking and able to use higher of the 2 values which allows it to boost their hit chance by a decent margin.

Choosing the right background doesn’t really matter. You can pick whichever background you like. However, avoid choosing Backgrounds with Intimidation, Persuasion, or Deception.

You will have to choose between The Fiend and The Great Old subclass for Warlock. Go with The Fiend for this build but make sure to choose Hex is one of your spells. Hex lets you increase your Eldritch Blast damage.

The best Warlock skills are Intimidation and one more of your choosing. The second skill is up to you.

Using your Ability Points for the best abilities will be crucial when creating the best Warlock build in Baldur’s Gate 3. The first thing you need to do is make sure you are at least 16 Charisma which means you will get a +3 Ability Modifier. Use your remaining points to get Constitution, Dexterity, and Intelligence.

The best races to use with your Warlock build are Half-elf, Asmodeus Tiefling, or Drow. Half-Elves and Tieflings. You can get 17 Charisma in Character Creation with these classes for Warlock. Half-elf gives 17 charisma and lets you place 2 other ability points. This class also comes with Darkvision which lets you Warlock have night vision to boost accuracy. Asmodeus Tiefling has Darkvision as well as Thaumaturgy Cantrip. Drow gives your Warlock 16 charisma as well as Superior Darkvision.

What Skills and Abilities to Get at Warlock Level 2?

When you reach level 2 you’ll get Eldritch Invocations. At level, you should get Agonizing Blast which adds your Charisma Modifier to the damage of Eldritch Blast. You also get the Beguiling Influence to boost Proficiency in Persuasion and Deception.

You invoke your patron’s bewitching charm. You gain proficiency in the Deception and Persuasion Skills.

When you cast Eldritch Blast, add your Charisma modifier to the damage it deals, unless it is negative.

What Skills and Abilities to Get at Warlock Level 3?

At Warlock level 3 you should get the Pact of the Chain to summon a Familiar to assist in battle. Cast this when out of combat so you can get help in battle. Moreover, you will get 1 additional level 2 spells.

Surrounded by black mist, you teleport to an unoccupied space you can see. You get 18m range and it recharges once per shot.

What Skills and Abilities to Get at Warlock Level 4?

At Warlock level 4 you put points into Abilities but make sure you reach level 18 Charisma to boost the bonus of Persuade, Intimidate, and Deception.

Best Weapons and Equipment for Warlock

The Warlock build in question uses spells so weapons aren’t the main focus here. Use Light Armor such as the Leather Armor +1 or Studded Leather Armor. Make sure you get 14 AC for this Baldur’s Gate 3 Warlock build.