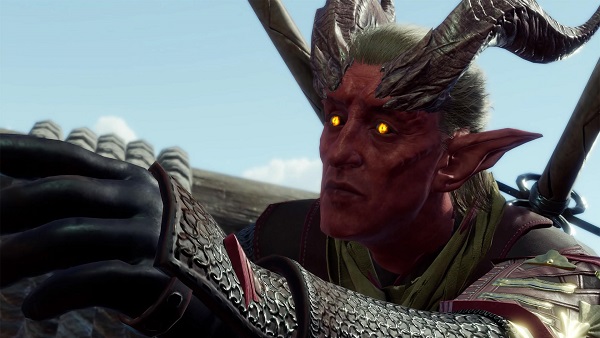 Abilities in Baldur’s Gate 3 work slightly differently than other games. In BG3, attributes or stats are referred to as abilities – skills belong to an entirely different category. There are a total of 6 abilities in the game i.e. strength, dexterity, constitution, intelligence, wisdom, and charisma. Each ability in Baldur’s Gate 3 covers a wide range of aspects that can add a lot to the game’s build diversity. In this guide, we’ve given a brief overview of all the abilities in BG3 and the factors that these abilities govern.

With the sole exception of constitution, each ability is also associated with different skills in the game. For example, acrobatics is a dexterity skill. In the section below, we’ve provided an overview of all the abilities in Baldur’s Gate 3, their associated skills, and the races that begin the game with additional points in certain abilities:

Strength – Athletics
The very first ability we’ve got is strength that determines raw power, physical training, and your ability to exert force. Races such as human and githyanki start the game with additional strength.

Dexterity – Acrobatics, Sleight of Hand, Stealth
Those of you who like to be quick when it comes to moving around can’t go wrong with dexterity. It improves agility, reflexes, and balance. Races such as elves, halflings, and humans start with increased dexterity.

Constitution
A pretty important ability in Baldur’s Gate 3, it governs HP, stamina, and vital force. The only races that start the game with more constitution are human and dwarf.

Intelligence – Arcana, History, Religion, Nature, Investigation
Intelligence as the name suggests covers a lot of factors i.e. memory, how well you reason with others, and mental strength. Some races in the game that start with increased intelligence are human, githyanki, and tiefling.

Wisdom – Animal Handling, Insight, Medicine, Perception, Survival
Wisdom essentially determines how well you respond to the world. It governs factors such as perception and intuition. The only race that begins with increased wisdom is human.

Charisma – Deception, Persuasion, Intimidation, Performance
This ability determines how well you can interact with other characters in the game. Certain things like your character’s confidence, charm, personality, etc. are directly tied to the ability. Races that start with increased charisma include human, half-elf, tiefling, and drow.