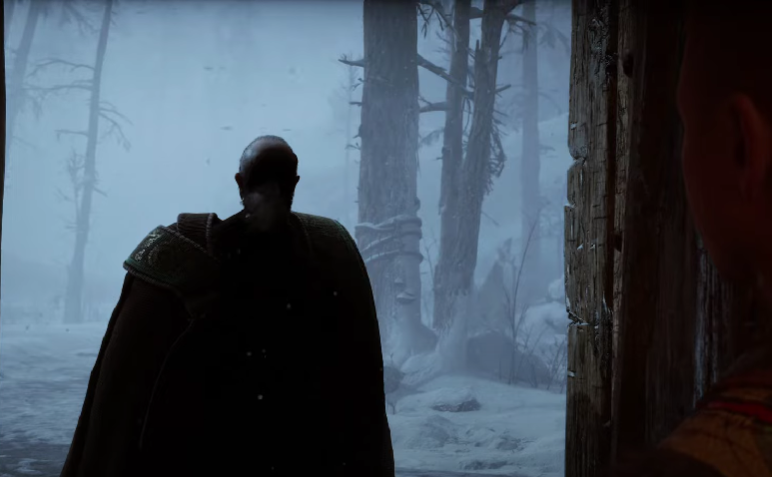 Odin In The New God Of War Ragnarok Trailer

While the Odin we see in the trailer is a little more than just a silhouette, he does have some dialogues in the trailer as well that tell us that he has a bigger role in God Of War Ragnarok as compared to the previous game. The appearance also aligns with the previous leaks that suggested that Odin disguises himself as an old man with one eye when he is wandering through Midgard.

Santa Monic is not going with the MCU looks for Thor and Odin that some of us are used to but the character models are more aligned with Norse mythology. After Tyr’s dialogue in the new trailer, you might notice the change in voice and you will notice that it is the voice of Richard Schiff who played the All-Father Odin in Ragnarok. Odin says the following in the trailer:

You don’t really want war, do you Kratos? All that blood on your hands… On your son’s hands… What do you even know of godhood? In your lifetimes, has anyone ever worshipped you? Ever prayed to you? Can you even imagine that kind of love? No!

You don’t care about anything beyond yourself… Beyond the monster that kills without cause.

While we do not know much about the character and the exact storyline, I can deduce that Odin does not say these lines when Atreus opens the door. These lines are from a different scene entirely.

I think that the scene we saw during which Atreus opens the door for Odin in disguise is from an early part of the game where Odin pays Kratos and Atreus a visit. He might be trying to trick them since he does not need to go see them personally to see what they are up to. Odin does see everything that goes on even though he might have a single eye. In case you missed it, you can check out the trailer below:

Let us know if you think this is Odin that we see in the trailer and whether or not you are excited about playing God Of War Ragnarok. I for one am ready!