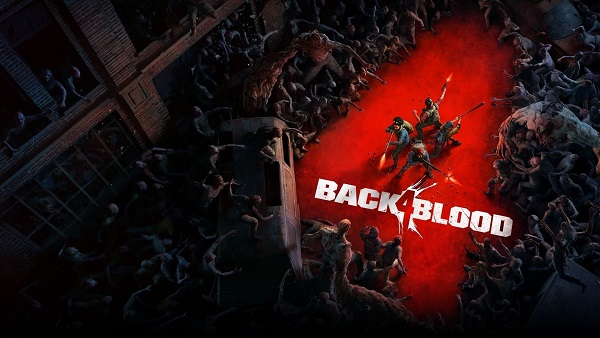 Back 4 Blood is a four-player co-op shooter released for PC and consoles. The game isn’t very demanding considering it’s a multiplayer game. However, Back 4 Blood PC players are experiencing errors and issues like Fatal Error, in-game crash, disk write error, xinput1_4.dll is missing, crash at startup, unable to initialize steam API, and more. Here I have compiled a list of errors and issues that PC players are experiencing with Back 4 Blood along with their fixes and workarounds.

Back 4 Blood is a co-op zombie shooter developed by Turtle Rock Studios for PC and consoles. The game is inspired by Valve’s Left 4 Dead franchise with hordes of zombies attacking players as they push towards their objective.

Back 4 Blood PC version isn’t a demanding port in terms of PC specs and it’s also well-optimized. Still, Back 4 Blood PC players are reporting errors and issues like Fatal Error, in-game crash, disk write error, XInput1_4.dll, crash at startup, unable to initialize steam API, and more. The following are the errors that PC players are experiencing with Back 4 Blood along with their fixes and workarounds.

One reason behind the Back 4 Blood Fatal Error is the OS. The game only runs on Windows 10 64-bit and this particular error pops up if you are trying to play the game on any other OS.

Another fix for the Back 4 Blood Fatal Error is to go to %localappdata%\Back4Blood\Steam\Saved\Config\WindowsNoEditor and open GameUserSettings.ini in notepad or any text editor. Find bStaticResolutionScaleOverriden and set it to False like the following and save changes.

If you are experiencing the Fatal Error on 64-bit Win 10, then DirectX 12 is probably causing the crash. Right-click Back 4 Blood in Steam > Properties > type -dx11 and press ok. Launch Back 4 Blood and it’ll use DirectX 11 and will run without crashing. However, this workaround will only work for some players.

Another reason for the Fatal Error to pop up is the GPU. Check under “Crash Fix” below to see what GPU tweak players can do to fix the Back 4 Blood Fatal Error.

Using third-party tools and software like MSI Afterburner, RGB software, or any tool can cause Back 4 Blood to crash while playing. Disable or close third-party software and the game won’t crash.

Outdated GPU driver can also cause Back 4 Blood to crash. Update the GPU driver and make sure to do a clean installation to fix the in-game crash issue.

If the above fixes have failed to address the issue, your GPU might be the culprit behind the Back 4 Blood crash. Either the GPU is overclocked or it’s not capable of handling the game’s load at current settings. Revert the GPU to its default GPU clock if it’s overclocked.

In case the GPU isn’t overclocked, then try lowering the graphics setting or use MSI Afterburner to reduce the GPU clock by 100 MHz to fix the crash. Alternatively, players can cap the game’s max FPS to fix the issue. Open Nvidia Control Panel > Manage 3D Settings > Program Settings > select Back 4 Blood. Enable “Max FPS Limit” from the list and set the value for it. It’s a bit of trial and error to find at which FPS Back 4 Blood becomes stable and stops crashing.

Back 4 Blood PC players are reporting that they are unable to install or update the game due to Disk Write Error and here is how to fix it. Your anti-virus could be blocking game files and causing the Disk Write Error. Disable real-time protection or exclude the game’s folder from the anti-virus. After that, try to update or download the game and Disk Write Error will be fixed.

Another fix is to open CMD and run it as administrator. Type the following commands and press enter after each command.

In case the above fixes didn’t work, close Steam and go to Steam’s install folder and navigate to Steam/logs/content_log. Look for “failed to write” and open the file. This file will have paths to the corrupt files causing the error. Follow the path and delete the corrupted files. Verify the game files and the game will start downloading without Disk Write Error.

According to PC players, Back 4 Blood is crashing at launch or not starting at all. There are multiple reasons behind the Back 4 Blood crash at launch and here is how to fix it.

Your OS could be another reason why the game is crashing at launch. The only runs on Windows 10 64-bit. If you are trying to run the game on a 32-bit Win 10 or an older OS, then you need to upgrade.

Your anti-virus could be blocking important game files and causing Back 4 Blood to crash at launch. Players can disable the real-time protection or exclude the game’s folder from the anti-virus, I recommend the latter. After that, verify the game files and Back 4 Blood will run without crashing.

In case the above fixes didn’t work, right-click Back 4 Blood in Steam > Manage > Browse Local Files. A new window will open, locate the game’s exe and launch it directly from the exe. Players will get an error similar to “vcruntime140_1.dll or MSVCP140.dll Was Not Found”. Players can fix the error by installing the latest Microsoft Visual C++ Redistributables both x64 and x86 versions.

Back 4 Blood PC players are reporting that they are unable to play the game due to XInput1_4.dll missing error. First, update DirectX to fix the error.

Unable To Initialize Steam API is another Back 4 Blood error that PC players are reporting and here is how to fix it. One reason behind this error is the lack of admin rights. Right-click Steam’s exe > Properties > Compatibility tab > check “run this program as administrator” and hot apply. This will fix the “Unable To Initialize Steam API” error.

Another reason for this error is the Windows firewall blocking Stam API. Make sure your firewall isn’t blocking any Steam services and the issue will be fixed.

Since Back 4 Blood is a multiplayer game, 60 FPS is a must and PC players are reporting that they are facing stuttering and low FPS issues. Here is how to fix Back 4 Blood low FPS and stuttering issues.

First, make sure you have installed the latest GPU driver and make sure to do a clean installation. Also, make sure there is no background process using too much CPU, GPU, or storage.

PC players have reported that despite playing the game at 60 FPS, they are experiencing stuttering. This is actually a keyboard and mouse “repeat rate” issue instead of actual stuttering. This is because of the mouse and keyboard software you are using. Disable it and the game will be smooth.

These settings will not only improve the game’s FPS but, will also fix the stuttering issue with Back 4 Blood.

That is all for our Back 4 Blood fixes for errors and issues like Fatal Error, in-game crash, disk write error, XInput1_4.dll is missing, crash at launch, and more. If you are facing errors and issues with other PC games or your PC then also see our hub for commonly occurring PC errors and their fixes.