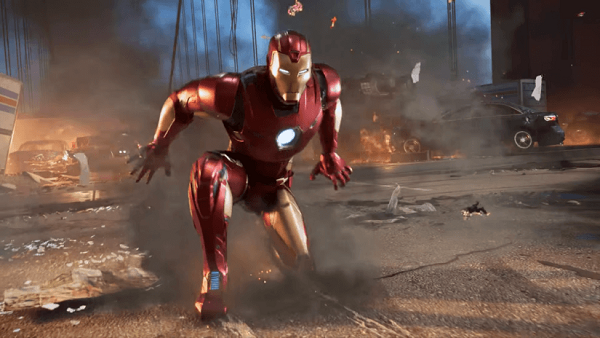 Gameplay designer Vince Napoli says it is crucial to preserve the superhero fantasy even in hit reacts.

Even missing jumps, it needs to look like they gave it their all. So we go through and do a pass, and say, ‘Captain America is going to use his shield to grind on the ground to recover because that’s what he would do. He’s going to make use of his environment. He’s going to keep looking forward because he has his eyes on the battlefield at all times.’

That’s the best thing about combat driven character games is that
you look at the character and start designing your combat around them.

Shaun Escayg from Crystal Dynamics adds that just like films and books many of their failings come from character arcs. It’s kind of a “dysfunctional family.” And some of that translates into the gameplay, he said.

If Escayg is speaking about how canon affects the dynamic of certain character combinations in co-op play, Avengers could actually be an interesting game to play.