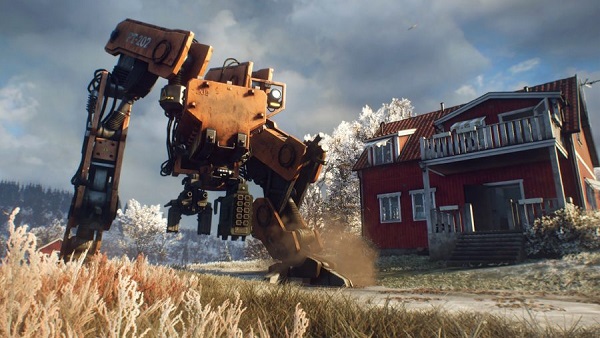 It seems the failure of Generation Zero hasn’t stopped Avalanche Studios from exploring the multiplayer genre. The studio is working on another multiplayer game but this time things will be different, at least in terms of what they are trying to do. RespawnFirst analyzed multiple new job listings on LinkedIn and the studio’s official website to dig up pieces of information about the new game.

Avalanche Studios  Stockholm is working on   “bringing strong single-player experience to life in  an open-world multiplayer environment.” The title is part of a  set of “unannounced titles” currently in development at the company. Avalanche Studios is using its proprietary  Apex Engine but the engine is being upgraded to handle more complex tasks.

Just as I was writing this article, it came to my attention that the  job listings page has been updated and it turns out, Avalanche Malmo is also deeply involved in the development of the “newest open-world / sandbox multiplayer game.” Let’s go through the most relevant job listings to highlight keywords that’ll tell us more about Avalanche Studios’ game.

Avalanche Studios is now hiring a gameplay generalist to join a top-tier development team working on our next title, from our Malmö office. In this role the programmer will work across a number of different areas including core gameplay, multiplayer and tools. As a game programmer on this project you will work with our designers to conceive of and implement content, combat and activities. You will develop and maintain the tools and systems necessary for designers to create missions and build complex mechanics. Your work will take you all over the codebase from underlying systems to weapons, from animations to user interface, from physics to VFX. In order to fully realize a feature or a section of gameplay, it is necessary to work closely with an array of disciplines.

Avalanche Studios Malmö is looking for a senior programmer to lead the multiplayer development of our newest open-world / sandbox multiplayer game. We have a long history of creating some of the most immersive, playful and procedural game worlds in the industry. With our next set of titles we are bringing these worlds to life in multiplayer environments and this is where You come in.You will work within a smaller and tight cross-discipline team implementing, extending and supporting game modes and other features for both the single player and multiplayer parts of the game. As with most multiplayer development, a keen sense of fun gameplay and that 6th sense for what gives the perfect “feeling” are both key aspects.

On the other hand, Avalance New York is working on a next-gen game for PS5, Xbox Scarlett and PC. From what we can tell, Stockholm and Malmo are collaborating on the multiplayer project while New York is creating something for next-generation consoles.