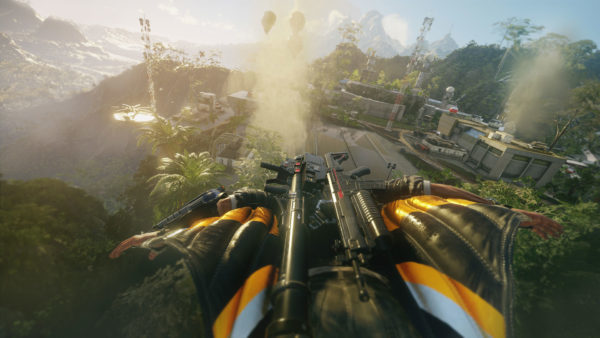 Avalanche Studios is known for its open-world games and most notably for its Just Cause Franchise. The studio has posted a job listing, hinting that Avalanche New York is working on Just Cause 5 with seamless multiplayer.

According to the listing, Avalanche New York is looking for a “Build Engineer” to build and manage “a large and complex code base for diverse platforms as well as enormous amounts of data. The efficiency of the processes involved in doing so can be the differencing factor between a blockbuster success and a failure.”

The job listing doesn’t reveal the game for which the studio is hiring for. But given that, Just Cause is the studio’s most popular franchise, what better way to welcome the next-generation of consoles than releasing Just Cause 5, that’ll probably melt those consoles with its physics systems.

Our New York Studio is currently working on an undisclosed project for next-gen consoles and PC. This is an exciting time to join our New York team. AAA games development involves building and managing a large and complex code base for diverse platforms as well as enormous amounts of data. The efficiency of the processes involved in doing so can be the differencing factor between a blockbuster success and a failure.

We have a long history of creating some of the most immersive, playful and procedural game worlds in the industry. With our next set of titles we are bringing these worlds to life in multiplayer environments and this is where You come in.

If both studios are working on the same project and there is a possibility that Just Cause 5 will launch with multiplayer features, probably similar to that of GTA Online. It’ll be interesting to see a proper Just Cause tile with a multiplayer.

Till now, we have only seen user-created mods for multiplayer functionality in previous Just Cause titles most notably, Just Cause 3. However, this is just speculation, so take it with a grain of salt.