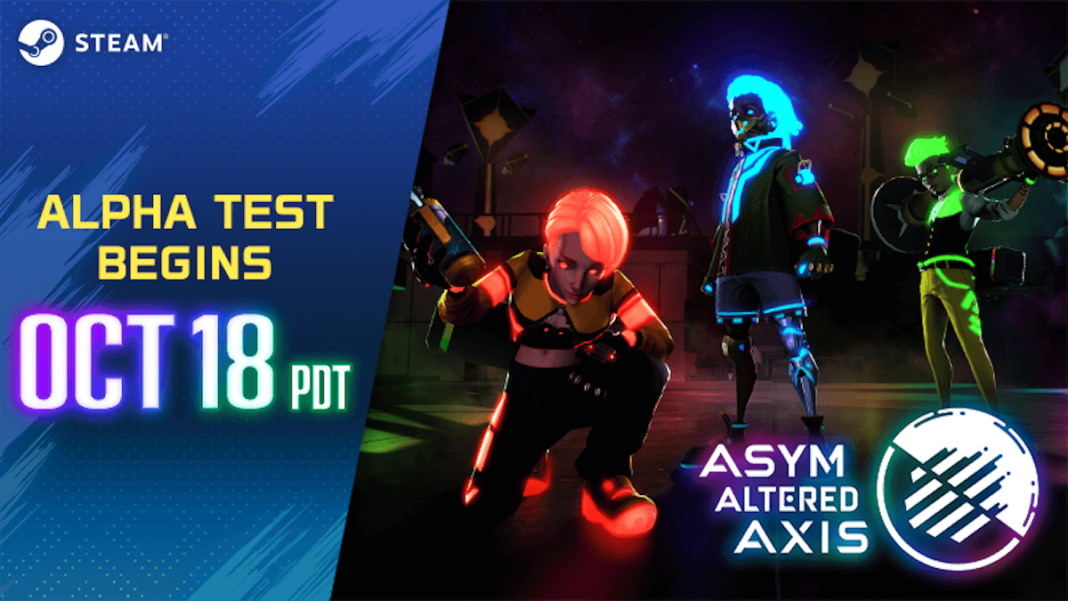 Developer MIXI, Inc is excited to announce that Asym Altered Axis, a Cross-genre Asymmetric Heist Game, is hosting its first Alpha Test from October 18th 20:00 (PDT). Anyone can join the Alpha Test by requesting playtest access from its Steam page.

Ahead of its Alpha Test, MIXI, Inc has also debuted a new Alpha Test Trailer showing off the tense strategy mechanics and high-octane action to be had.

Yas Hayakawa, the producer of Asym Altered Axis said the following regarding the game:

We’re so excited to finally be able to invite players to the Alpha playtest because their feedback is invaluable. With a game like Asym where two totally different genres are colliding, players can choose which side they want to play. This allows Asym to embrace players with different play styles and create a shared space where players with different preferences can enjoy the game together.

In this Alpha Test, players will be able to experience the cross-genre battle, the core gameplay of Asym. You can take part from October 18th 20:00 to October 23rd 23:59 (PDT). You can request access from Asym’s Steam page.

Since this Alpha Test is conducted with the servers in the US, users might experience a slight delay in the gameplay depending on the region
Matchmaking may take time depending on the time of day and the number of participants in the test.

What Is Asym Altered Axis

Asym Altered Axis is a Cross-genre Asymmetric Heist Game between two different genres: real-time strategy base defense and co-op stealth action base raiding. The game is set in the near future and the players are immigrants to “Asym”, another digital world that exists in parallel with the devastating reality where players are fighting over digital resources called Cells.

Strategy players are called Protectors and they set their own stages with traps to protect valuable Nexus. Action players called the Infiltrators form a team to steal Cells and escape.

The Role of Protector

The Protector sets a level filled with traps and units which the active player team will have to carefully infiltrate to steal the valuable Nexus. By using the Cell earned as a reward from each game round, the Protector can purchase new traps and objects to fortify and protect the Nexus.

Each game round starts in total darkness with the Protector searching for the neon-glowing Infiltrators, tracking them with a spotlight from the skies. The Protector can hurl fireballs and summon guards, as well as set a huge swathe of terrain ablaze to cut off an escape route.

The Role of Infiltrators

The Infiltrator can sneak in alone or go in guns blazing with up to 5 friends. The heist crew will infiltrate the Protector’s stage, starting off under the cover of darkness. They can use smoke grenades and sidearms to evade detection and eliminate patrolling guards, and can even transform into an animal for a limited time by triggering Ultimate to make quick getaways.

If any Infiltrator is discovered or the Nexus is stolen, the stage will suddenly light up and all traps will become active, dramatically changing the pace of the game from tense stealth action into a flashy cat-and-mouse chase! Stealing Nexus will land you a huge payout of Cells but you need to escape from the portal to secure the Cells you’ve stolen.

Who will prevail: the Infiltrators who can steal the Nexus and successfully escape, or the Protector who is able to defend their treasure. Let us know what you think about Asym Altered Axis and whether or not you are interested in checking out the alpha test.