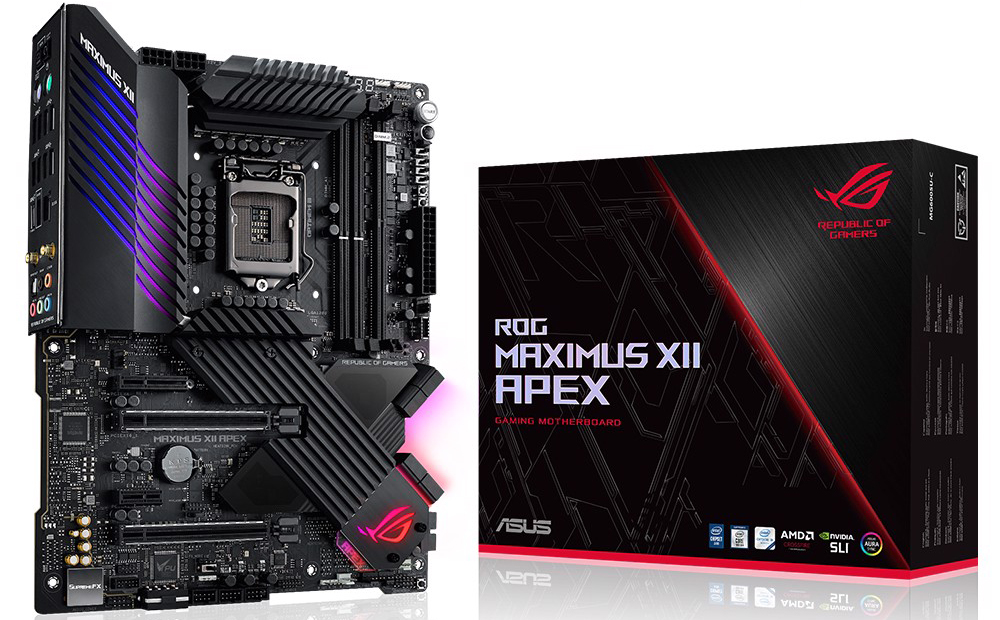 The Z490 motherboards are around the corner and they are going to support the 10th generation of Intel Comet Lake-S CPUs. We have already got some leaks from Biostar but here we have the leaked Asus ROG Maximus XII Apex and the Z490 ProArt Creator 10G.

You can check out the Asus ROG Maximus XII Apex Z490 below. The motherboard comes with all the bells and whistles. It has RGB lighting and plenty of armor. You have the integrated I/O shield for easy installation and interestingly the motherboard features 8+8 pin CPU connections. 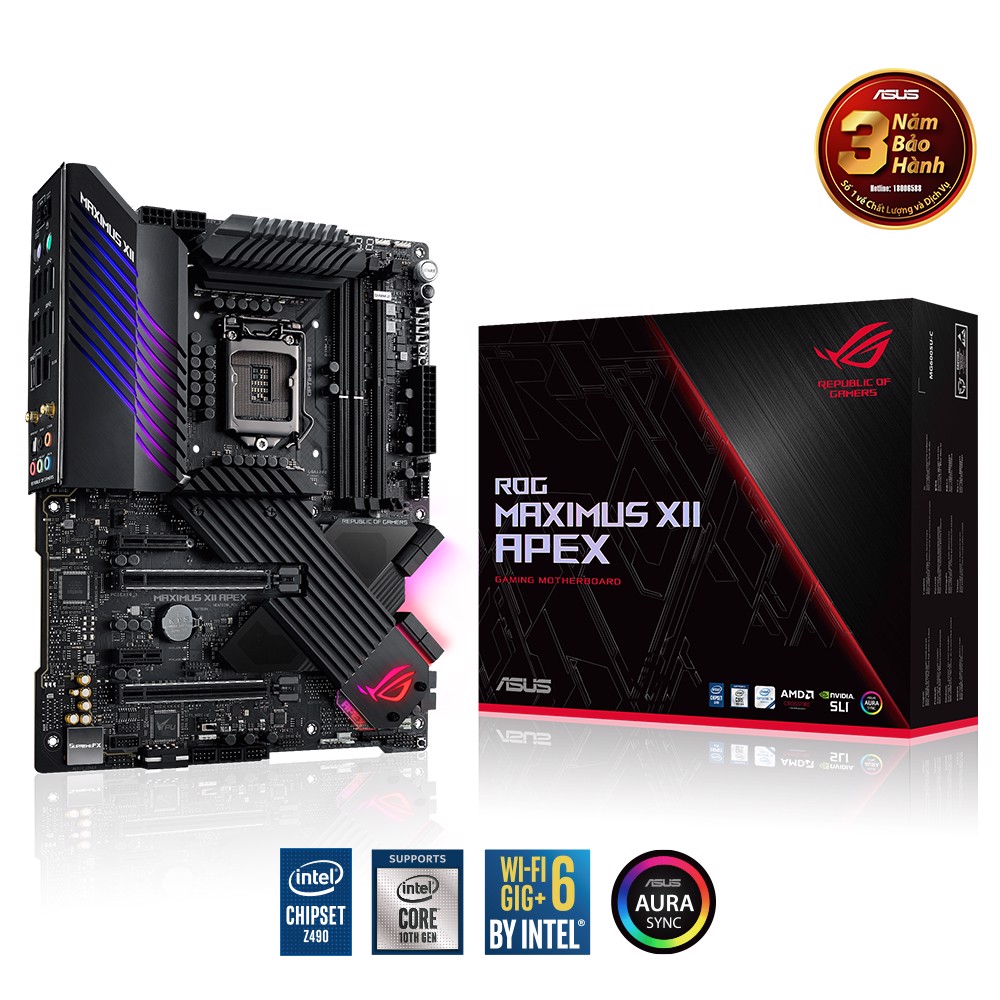 This motherboard is meant for overclocking so the power connections do make sense. The motherboard should be able to deliver plenty of power to the CPU. The southbridge is covered with armor so we can’t really see much there but you can expect to see at least 2 M.2 slots there. The SATA 6 ports are at an angle and I do not know what enthusiasts are going to think about that. Wiring multiple storage devices at the same time could be an issue. 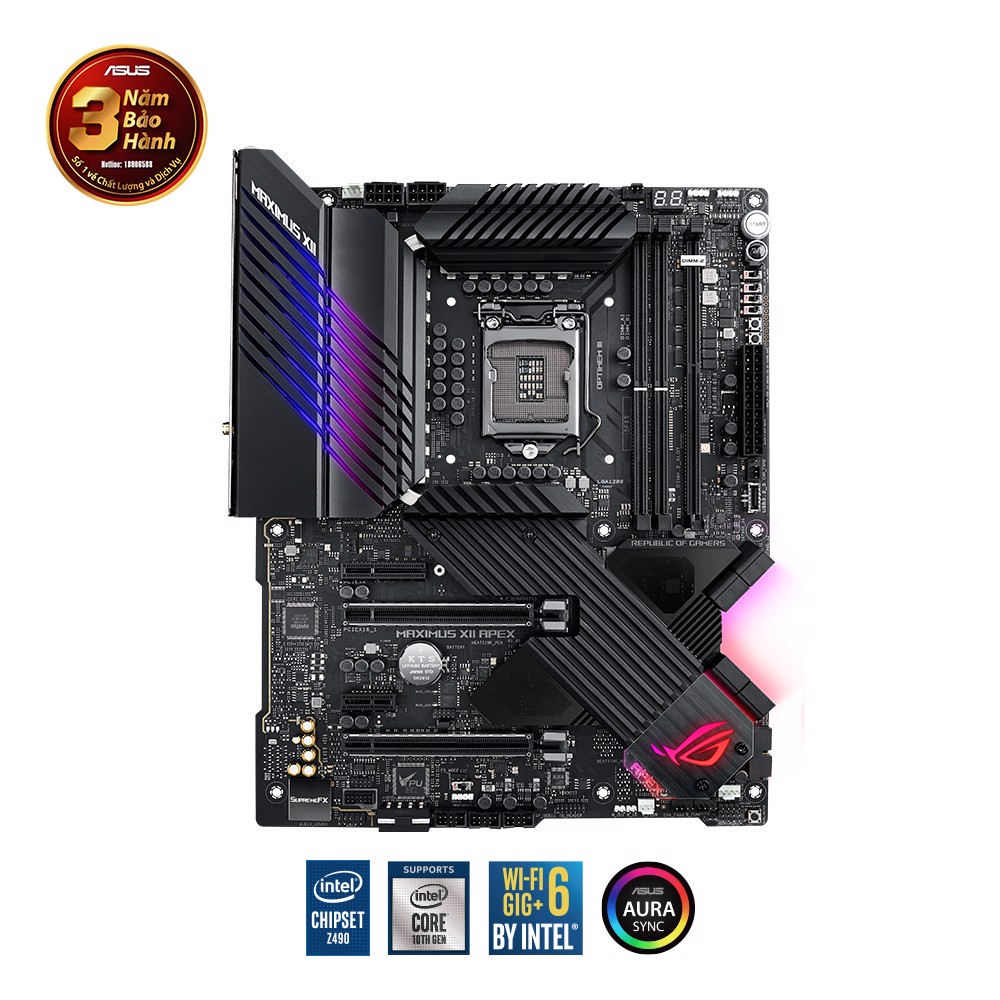 Interestingly the motherboard only has 2 RAM slots. With all the bells and whistles, you can expect this motherboard to cost a lot of money when it comes out next month.

The Asus ProArt Z490 Creator 10G has also been leaked. From the name and look, this is a motherboard for creators. You get dual M.2 slots and 4 RAM slots. This motherboard does not have 8+8 pin CPU connectors but a single 8-pin. So overclocking potential is not going to be as high as the Maximus. 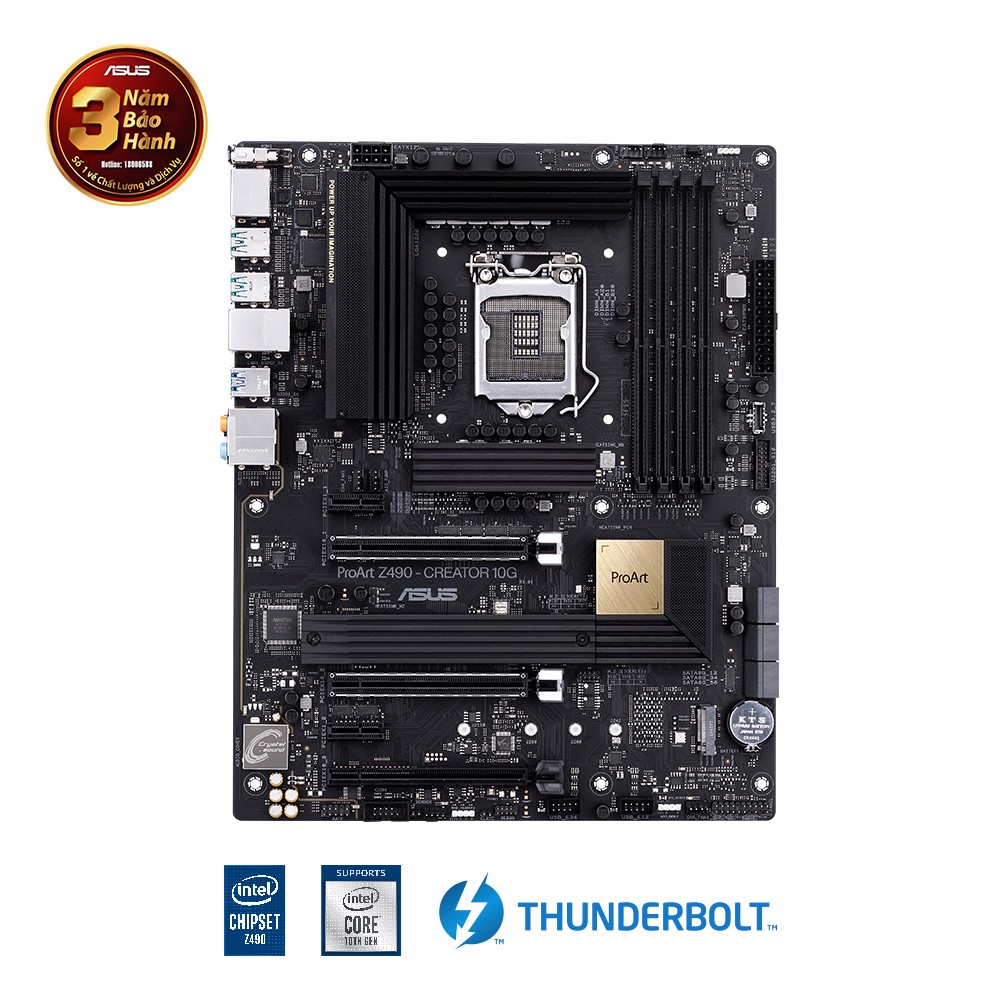 This is a pretty barebones motherboard and there is no armor or RGB lighting. It does support Thunderbolt and all the other features that the Z490 chipset brings with its name. The lack of fancy lighting or armor means that the price is going to be lower as well.

If you are interested in buying one of these motherboards then you can order them from the links below:

Let us know what you think about these Z490 motherboards and whether or not you are interested in upgrading to the Intel 10th generation CPUs.