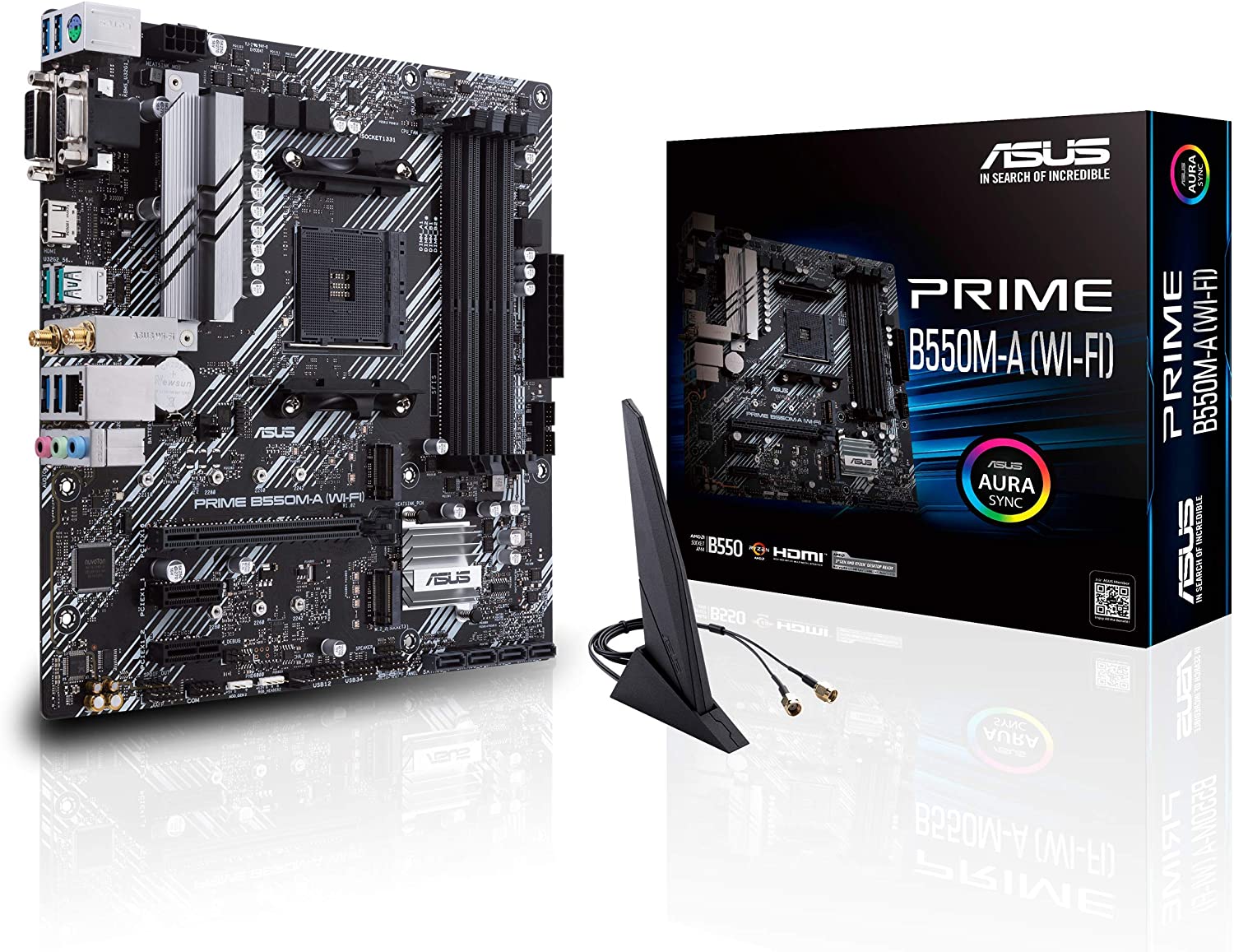 AMD has announced the B550 chipset that will offer great value for money for people that are looking for a mid-range PC build. The Asus Prime B550M-A (Wi-Fi) is already available for pre-order on Amazon and other motherboards are going to follow soon enough.

The Asus Prime B550M-A (Wi-Fi) is a pretty barebones motherboard that does not have any flashy features but it does support PCIe Gen 4 and is a great motherboard to pair with CPUs like the AMD Ryzen 3100 or the 3300X.

This is a Micro ATX motherboard but you get 4 DIMM slots and 2 M.2 slots for fast M.2 Storage. You can check out images of the motherboard below:

The B550 motherboard features the AM4 socket which supports some older AMD Ryzen CPUs and the company has confirmed that the platform will support future Ryzen CPUs as well. The following are the specifications of the motherboard:

While the motherboard itself does not have any RGB lighting on it, it does support Aura RGB Sync which will allow you to sync the lighting of different PC parts and peripherals. You also get WiFi 6 out of the box with a WiFi antenna as well.

All things considered, the Asus Prime B550M-A (Wi-Fi) is impressive value for money. The motherboard is going to release on June 16 but you can pre-order one from Amazon right now.

Let us know what you think about the Asus Prime B550M-A (Wi-Fi) motherboard and whether or not you are going to pre-order one of these upcoming motherboards.