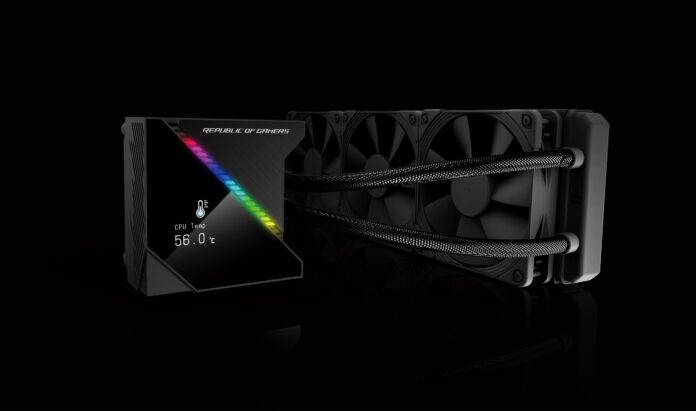 Intel 12th generation Alder Lake CPUs are out now and they use the LGA 1700 socket. If you are interested in getting the new CPUs then you are going to need LGA 1700 ready CPU coolers that come with the right mounting kits. In this article, we go over the best LGA 1700 ready Asus all-in-one liquid coolers that you can buy right now.

The following are the LGA 1700 ready all-in-one liquid coolers from Asus that you can buy right now:

The Asus Rog Ryujin 360 RGB is the top-of-the-line all-in-one liquid cooler that the company has to offer and will work well with the higher-end Intel 12th generation CPUs such as the 12900K or the 12700K.

The cooler comes with a 360mm radiator and triple 120mm fans. There is RGB lighting on the CPU block which looks really cool and can be customized to match the rest of your build. The fans are PWM fans from Noctua, so they work well and do not make noise.

This option is a bit cheaper and for mid-range CPUs like the 12600K that do not produce a lot of heat. The 240mm radiator and dual fans should be enough for such a CPU. The included fans come with RGB lighting and the CPU clock has RGB lighting as well. 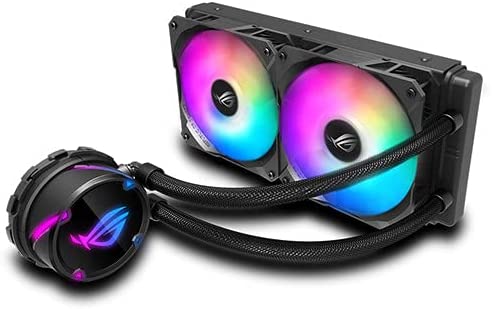 The fans are PWM and can be synced with other fans. All supported fans can be controlled via FanXpert. This is a great all-in-one liquid cooler for Intel 12th generation CPUs that you can buy if you do not want to go with a full-length 360mm radiator.

The Asus ROG Strix LC 240 RGB White Edition is similar to the above-mentioned model and has the same specifications but it comes in white. If you are interested in building a white gaming PC then this is an option that you should look into. 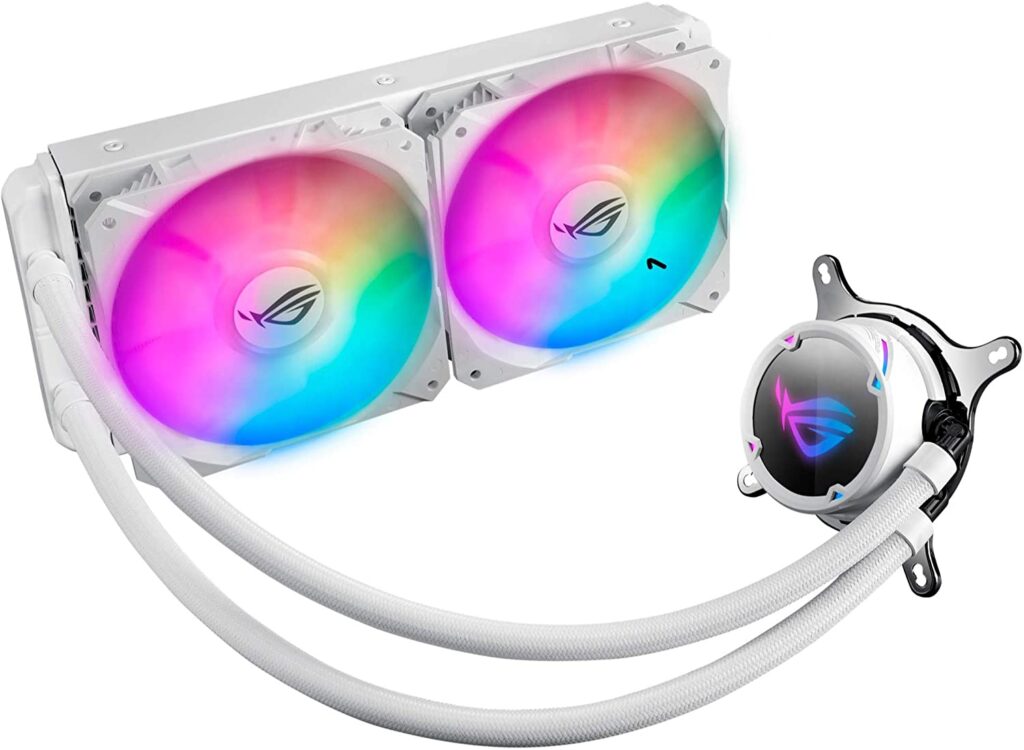 The ASUS ROG Strix LC 360 RGB is the same as the above-mentioned version but this one comes with a 360mm radiator and triple fans. This is going to be ideal for something like the 12900K and 12700K. 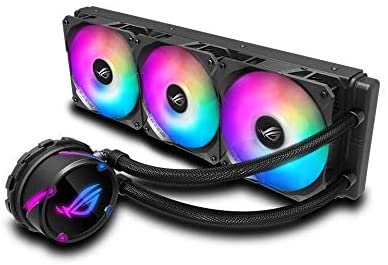 Compared to the other CPU coolers on this list, the Asus TUF Gaming LC 240 RGB is a budget-friendly option. It does not come with all the frills and thrills but it does the job and comes with RGB lighting on the fans and the CPU block. The 240mm variant should be enough for something like the 12700K and 12600K.