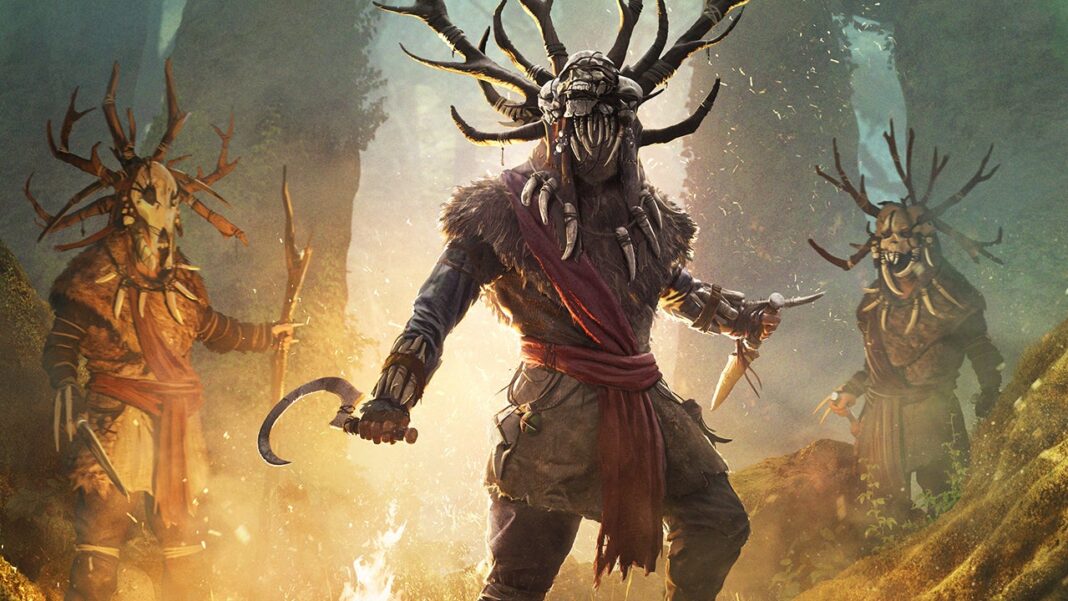 Wrath of the Druids starts like any DLC expansion for an RPG. A new guest has arrived with a particular problem for the players to solve and promise rewards in return. In the case of Assassin’s Creed Valhalla: Wrath of the Druids, a mysterious guest has arrived at the docks of Ravensthorpe with a message from the King of various Ireland territories.

While there is a compelling reason for Eivor to go to Ireland but, it feels rushed. It doesn’t feel like going to Ireland and creating an alliance there is a necessary step. However, it’s hardly anything to complain about.

Ireland is where players will run around and complete quests. One would think that Ireland would look different compared to England but, I felt like I was still roaming around in the latter. However, there are some locations that give a bit of personality to the new map. Overall, Ireland looks exactly like the map in Valhalla. But, it’s still beautiful to look at.

Now let’s talk about gameplay. It’s the same as the base game, but new enemy types make things interesting. The druids who serve The Children of Danu will be cannon fodder for the players to go through.

These druids have hallucinogens which makes Eivor believe that they have mystical powers. They dance around, move at the speed of light, and use elemental attacks like fire and poison.

However, any enemy type that is not Druids fights in the same manner as the enemies in the main Assassin’s Creed Valhalla campaign. They are just the same encounters and it becomes unsatisfying pretty quick.

As for the quest structure, nothing has changed here. It’s just more of the same. Go there, steal something or kill someone of everyone in a particular area and return to the quest giver. The expansion leans too heavily on the mechanics laid out in the base game, which is not bad, but it gets boring. This highlights the lack of gameplay variety.

Royal Demands is a new quest type or activity introduced in the Wrath of the Druids expansion. It’s a different name but works the same way as other quests. These quests are assigned to Eivor anonymously at pigeon coops, reminding me of a certain quest type from Assassin’s Creed 2. These quests are important for Eivor’s allies in the region to gain influence but, they feel nothing more than busy work.

Another good thing about Wrath of the Druids is its story. It kept me engaged despite the repetitive mission structure and minimal gameplay variety. Depending on the player’s choices, it takes around 10 hours to see how the story unfolds. Characters have solid story arcs and the voice performances make the heavy tone of the story that much more compelling.

Aside from the new map, quests, and characters, Wath Of The Druids also includes new armor sets. Some of them are really cool looking with stats to match their visual beauty. However, if your build is already set, you won’t find much incentive to swap it out with the new gear you find in the expansion.