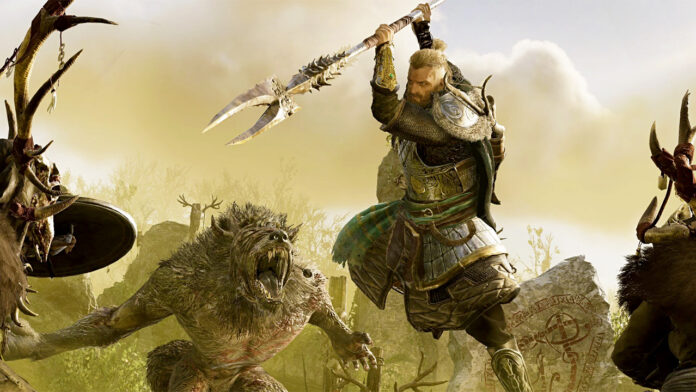 Your Valhalla journey continues with the release of Wrath of the Druids DLC. Developers have added a ton of new content to the game including weapons, armor, and a new storyline that takes you to Ireland. There are a handful of new armor sets in you can find in Wrath of the Druids.

In this guide, we will discuss everything you need to know about Assassin’s Creed Valhalla: Wrath of the Druids armor sets locations.

Each new armor set has its own bonus and buff. Some of them are better for stealth while others are better for offensive playstyle in Assassin’s Creed Valhalla.

One of the armor sets you can find in the DLC is the Druidic Armor Set. Go to the southeast section of Ulster at the Movilla Abbey. Head to the back section of the church and shoot the lock off of the gate. There, you will find a Druidic helmet.

Go to the Donegal in southwestern Ulster and go around the big house. Locate the boarded windows and shoot them to create a path. Inside you will find the Druidic bracers.

Head over to the Kesh Corran in northern Connacht. Locate the cavern with the breakable wall. Inside a Druid is hiding but he is easy to take down. Kill him and take the Druid Breaches.

Go to the Doon Fort in the Northwestern Ulster. The Druid Cloak is inside a tiny nook that’s very easy to spot.

Go inside the Boyne’s Tomb in northeastern Meath. In the lower crypt area, you will find the Druid armor.

Go to Aileach in western Ulster and locate the chest that’s inside a locked room. Go to the floor above the locked room where you can find a tent. Target the grate to shoot the lock off the door. Inside the locked room you will find the Celtic helmet.

Go to the Rathcrogan in central Connacht and use Odin Vision to locate the soldier with the key. Use the key to open the locked hut where you will find the Celtic armor.

Head over to the Inchroe in central Meath and use melee attack to go through the thatched wall. Inside you will find the Celtic bracers.

Travel to the Cashelore in northeastern Connacht and access the inner courtyard. Move the wooden shelf to enter the hidden room with a chest. You can use Odin’s Vision to find it. The chest contains the Celtic breaches.

Go to Inch Lough Neagh in eastern Ulster and check the chest inside a small tent to find the Celtic cloak.

So far, these are all the gear sets locations we have found in Assassin’s Creed Valhalla: Wrath of the Druids DLC. We will update the guide when and if we find any more of them. Until then, check out Rigsogur Fragment Locations, River Raids Skills And Abilities, Zealots Locations, Bear Armor Sets Locations.