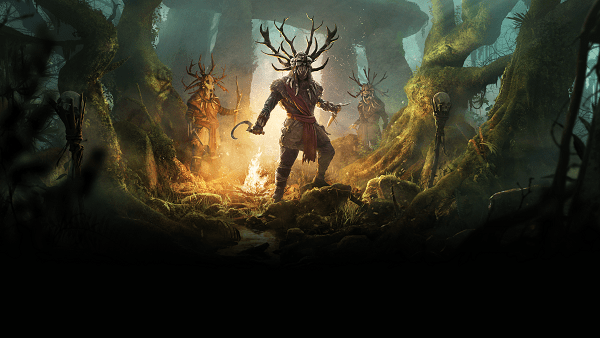 Amber Sun in Wrath of the Druids is a secret quest that puts Eivor against a secret boss named Balor. However, to actually start the quest, players need to find and hunt down all 10 Children of Danu. In this guide, we’ve detailed all there’s to know about how to complete the Amber Sun questline to get the Gae Bolgspear in Assassin’s Creed: Valhalla – Wrath of the Druids.

First of all, do note that the Amber Sun becomes available after all the Children of Danu are eliminated. For a comprehensive guide on where to find them all, check out our Children of Danu locations guide by heading over to the link.

After collecting 10 Amber Shards from the Children of Danu, return to Deirdre’s Hunt in Connacht. Enter the hut to watch a cutscene and get the potion of Deirdre. Similar to how Asgard’s questline progresses in the base game, players are given the liberty to choose whenever they’d like to accept the potion.

Once ready, accept the potion to be teleported to a boss arena where Balor will be waiting. The fight against Balor is a tough one but can easily be managed with a little bit of practice. The notable that slows down time after a perfect-dodge can be a lifesaver in this fight. The ability to slow time to target weakpoints or get in a few hits is invaluable.

The first phase should go by really quickly. It’s the second phase that can prove to be a little troublesome. In this phase, Balor gets a couple of AoE attacks that hit like a truck. These include a laser attack, an AoE slam attack, and a projectile attack – all of them are well-telegraphed and can easily be dodged.

Defeating the boss will teleport Eivor back to Asfinn where he’ll be rewarded with a Mythical Spear called Gae Bolg. With the Gae Bolg equipped, lightning shocks the enemy after 3 Consecutive Hits. Not only that, but lightning also deals HP and Stun damage.

After grabbing Gae Bolg, return to Deidre and speak to her to complete the Amber Sun questline.