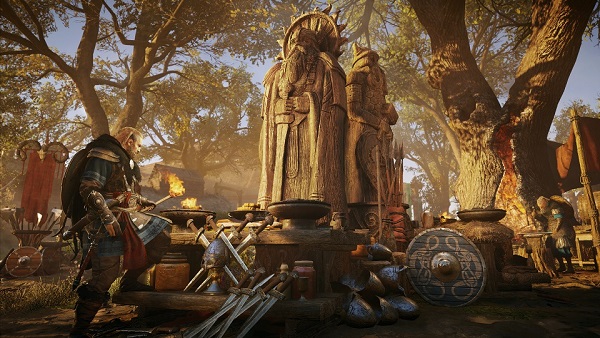 The easiest method of locating these War Letters in AC: Valhalla is by using Odin’s Sight. The ability should highlight the collectibles, making them visible for pickup. Below, we have shared the locations of all three War Letters that can be obtained during the Sigrblot Festival:

The first collectible is located near the bonfire in the center of the area. It should be sitting on a table with a couple of barrels, cups, etc.

The second collectible is located directly behind Norvid. There should be a couple of people having a drink near it. Check the barrel and the letter should be located right next to a small fire – on the table.

For the final War Letter, head over to the central bonfire in the area. Once there, check the nearby area for an anvil right next to some wooden shields and a cooking pot. The collectible should be on top of the anvil.

As mentioned earlier, using Odin’s Sight is probably the easiest method of finding these War Letters without any trouble. Do not sleep on it.