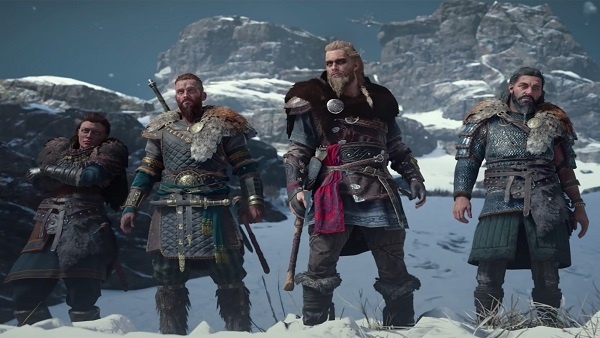 As I mentioned, there are 5 primary decisions you can make to get or avoid Sigurd Strikes in Assassin’s Creed Valhalla. The following is what you need to either get or avoid these strikes.

How to Avoid Sigurd Strikes

Strike #1: In the prologue, you need to leave the Cargo behind to earn favor with Sigurd and avoid a strike.

Strike #2: Do not start a romance with Randvi, the wife of Sigurd. You will get an opportunity to romance her when she asks you to take her on a joyride.

Strike #3: In Oxenefordscire, during the “Blood from a Stone” quest you get into an argument with Basim and Sigurd. DO NOT punch them to avoid the Sigurd strike.

Strike #4: During the main quest “A Brewing Storm” complete the Cent story arc and head back to Ravensthorpe to rest on your bed. When you wake up Dag challenges you to a duel. Beat Dag but return his sword afterward.

Strike #5: Complete Essex Story arc and go back to the Ravensthorpe longhouse. Start the cutscene there and support Sigurd’s judgment.

How to Get Sigurd Strikes

To get the Sigurd Strikes in Assassin’s Creed Valhalla you need to the opposite of what I explained above.

Strike #1: Take the Cargo with you in the prologue.

Strike #2: When you get the opportunity, romance Randvi.

Strike #3: During the “Blood from a Stone” quest punch Basim and Sigurd when you have an argument.

Strike #4: When you beat Dag in a duel during “A Brewing Storm” quest, do not give him his sword back.

Strike #5: When you reach the Ravensthorpe settlement at the end of Essexe story arc, do not support Sigurd’s decision to get a strike.