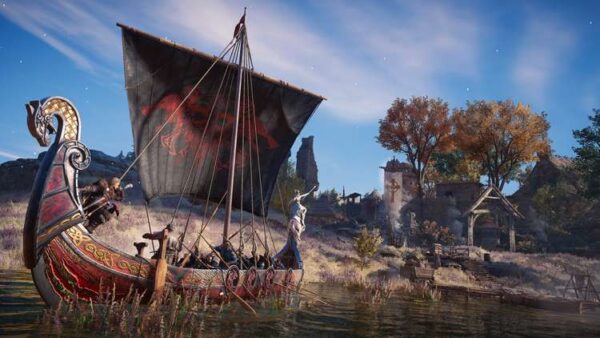 Assassin’s Creed Valhalla has introduced River Raids with Yule Season. Ever since Ubisoft announced the River Raids, fans have been looking forward to them. These raids are highly replayable and reward players with new gear. However, some of you might be having a difficult time trying to start River Raids. Here is how to start River Raids in AC Valhalla.

How To Start River Raids

Yule Season arrives with title update 1.1.2 for Assassin’s Creed Valhalla that not only brings River Raids but also a slew of fixes and gameplay balances. Once you have downloaded update 1.1.2, you’ll notice a new quest in your log named ” A River to Raid”.

Go back to your settlement and welcome some new guests. The River Raiding Dock is a new building that will unlock for the players. Upgrade the dock and players will be able to trade with a character named Vagn. Vagn is the one that will point players to the River Raids.

Talk to Vagn and choose a River Raid to complete. However, these River Raids are very difficult and players will lose all the rewards if they die before completing one.

That is all for our Assassin’s Creed Valhalla guide on how to start River Raids. For more on the game, also see our How to Get the Drengiligr Dagger and Best Bear Skills Guide.