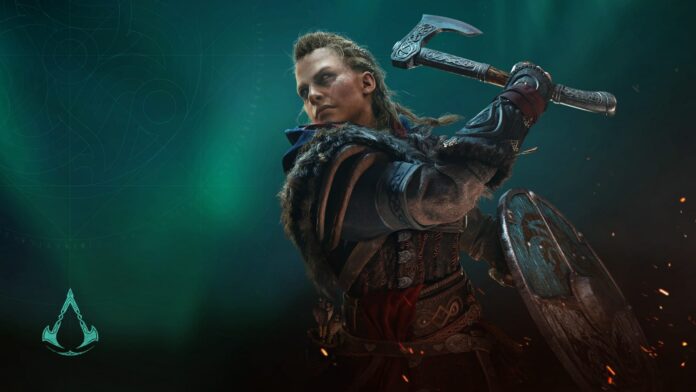 Today, Ubisoft announced that Assassin’s Creed Valhalla, the next installment in the Assassin’s Creed franchise, will release on November 10, 2020 on Xbox Series X, Xbox Series S, Xbox One, PlayStation 4, the Epic Games Store and Ubisoft Store on Windows PC, as well as on UPLAY+, Ubisoft’s subscription service, and Stadia.

Assassin’s Creed Valhalla and Watch Dogs: Legion will both be launch titles on the Xbox Series X | S, and will release on PlayStation 5 upon the launch of the console. Watch Dogs: Legion will release on October 29, 2020 on Xbox One, PlayStation 4, the Epic Games Store and Ubisoft Store on Windows PC, as well as on UPLAY+, Ubisoft’s subscription service, and Stadia. Both games will support Arabic subtitles and menus across all platforms exclusively in the MENA region. 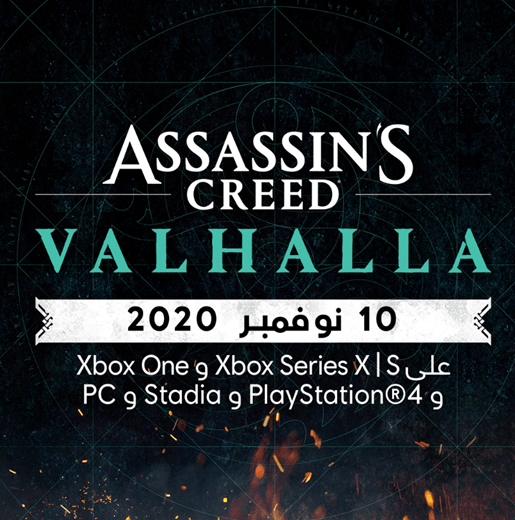 The following is what Julien Laferrière, Producer on Assassin’s Creed Valhalla had to say regarding the matter:

We are excited to announce that players will be able to discover Assassin’s Creed Valhalla sooner than expected! We cannot wait to see the world we’ve been creating over the past 3 years coming to life on all platforms, including on the next generation of consoles with the Xbox Series X | S on November 10.

With both releases available for the launch of the new Xbox Series X | S, Ubisoft brings players an opportunity to enter the next generation gaming experience with two of its most iconic franchises. Leveraging the new consoles’ cutting-edge features and power, Ubisoft unleashes the depth of its open worlds in unprecedented ways and demonstrates its commitment to developing truly immersive games.

Ubisoft has confirmed that the game will run at 4K 60 FPS on the Xbox Series X. The company did not mention the target for the Series S but we speculate that it will be able to run the game at 1440p 60 FPS. Do take that with a grain of salt until we get the official word from Ubisoft or Microsoft regarding the matter. With the game coming sooner than before, we will learn about the performance of the game on the budget console soon enough.

Both AC and Watchdogs Legion have Smart Delivery which means that if you buy the games on Xbox One then you will be able to play them on Series X and Series S without having to buy the game again.

While we have no confirmation regarding why Ubisoft is releasing the game before the previous launch date, it is safe to say that Ubisoft does not want the next AC game to clash with the most anticipated game of the year, Cyberpunk 2077.

Let us know what you think about the release of Assassin’s Creed Valhalla being moved and the game coming out sooner than before.