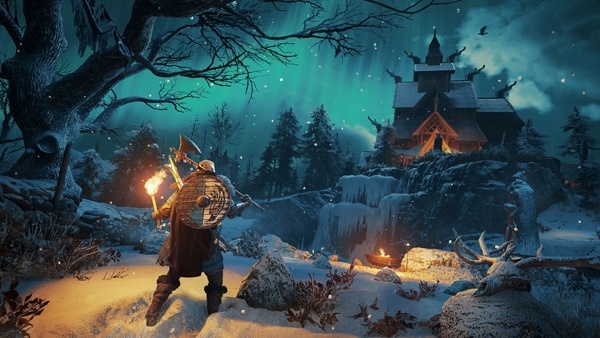 While playing through Assassin’s Creed: Valhalla, you’ll need to settle in England alongside your clan. However, trying to do so without any supplies can be a nightmare. That’s where raids come in. As Eivor, you can lead your clan to raid various settlements and pillage the most-needed resources to keep your settlement going. In this guide, we’ll walk you through everything you need to know about how raids work in Assassin’s Creed: Valhalla.

Assassin’s Creed: Valhalla Raids – How to Raid a Settlement

There are over a dozen locations you can raid in AC: Valhalla. These locations are marked with a red axe icon on the map. Thanks to the open-world aspect of the game, you’re free to raid whenever you desire but most of them are in the areas that require a higher Power Level, preventing you from doing that from the very beginning.

That, however, doesn’t mean that AC: Valhalla won’t give you a taste of raiding early on. While in Norway, you’ll be provided with a brief tutorial of how raiding works in the game by needing you to raid one of Kjotve’s camps. From that point onwards, raids will become available and you’ll be able to do them whenever you want.

By raiding, you’ll get your hands on supplies and raw materials that you’d be able to use to expand Ravensthorpe – by adding new buildings, merchants, and more.

If you reach a raid location using your ship, you’ll receive an on-screen prompt telling you that you can raid a nearby settlement. If not on a ship, you can simply walk to the raid location and then select ‘Raid’ from the wheel menu.

Once started, you’ll be thrown into a large battle with both forces going at one another. All you need to do is to continue and thinning the herd down and occasionally kill the leaders. However, don’t just focus on killing. While raiding, you’ll also come across a number of golden chests and wealth in the area – make sure to grab those too. After you manage to eliminate all the enemy forces in the settlement, the raid will end and you’ll be free to walk back to Ravensthorpe with plenty of resources and materials.