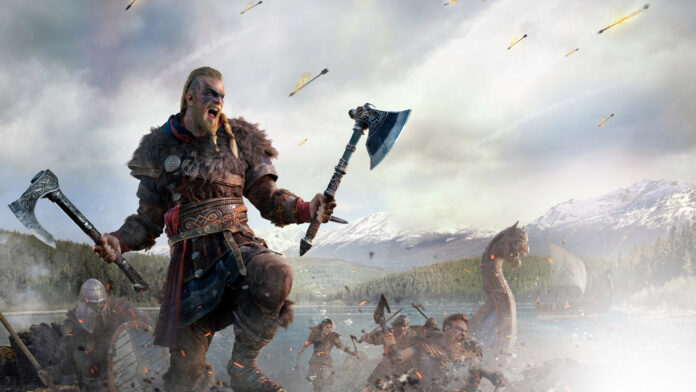 Assassin’s Creed Valhalla PC is facing errors and issues like an in-game crash, GPU Does Not Support DX12, Xbox Series X Controller Not Working, Error 0xc000007b, crash at startup, stuttering, and more. Here I have compiled a list of errors and issues that PC players are experiencing with the game along with their fixes and workarounds.

However, a lot of PC players are reporting errors and issues with Assassin’s Creed Valhalla like the crash at launch, Xbox Series X Controller Not Working, GPU Does Not Support DX12, crackling audio, black screen, stuttering, and more.

Assassin’s Creed Valhalla crashing randomly is one of the issues that PC players are experiencing. Here is how to fix it.

One reason for the game to crash while playing could be your third-party tools and software like MSI Afterburner. Disable any third-party software you are using along with GeForce Experience overlay and the game will stop crashing.

While Assassin’s Creed Valhalla is a GPU-bound game, for the most part, there is a possibility that the CPU might be causing the game to crash. Make sure there is no process using too much of the CPU. Open Nvidia Control Panel > Manage 3D Settings > Program Settings > select Assassin’s Creed Valhalla. Set “Low Latency Mode to “Ultra” and hit apply. This might stop the game from crashing.

Your GPU could also be the culprit behind the game’s in-game crash issue. If the GPU is overclocked, revert it back to its default clock speed even if its factory overclocked.

If the GPU is old then the GPU might not be able to take the game’s load. After all, Assassin’s Creed Valhalla is a GPU heavy game. Reduce the GPU’s clock speed by 100 MHz and the game should stop crashing.

GPU Does Not Support DX12 Fix

Players are reporting that they are unable to play Assassin’s Creed Valhalla as they get the following error.

Unable to initialize graphics system. GPU does not support DX12

This error is occurring due to your GPU as it doesn’t support DirectX 12. To play Assassin’s Creed Valhalla, players need a GPU that supports DirectX 12.

This error is occurring for players who own a GTX 960M which supports DirectX 12. This might be a bug or the game doesn’t recognize it as a DX12 supported GPU. Try to update DirectX and the issue should be fixed.

Some players are reporting that their Xbox controller or Dualshock 4 doesn’t work with Assassin’s Creed Valhalla. I have personally encountered this issue while playing AC Valhalla and it can be easily fixed. To fix this, close the game and disconnect the controller.

If you are using Xbox Controller, connect it and turn the controller on. Ubisoft connect will recognize it and will start working. As for the Dualshock 4, connect it to your PC and it should automatically recognize it. If not, press the home button for a few seconds. After that, launch Assassin’s Creed Valhalla and Dualshock 4 will lit up and the game will take input from the controller.

Alternatively, add the game to Steam as a non-steam game. Right-click Assassin’s Creed Valhalla in Steam library > under “Steam Input per-game Setting” select “Forced Off” and press Ok. If that doesn’t work, then click Steam > Settings > Controller > General Controller Settings. Check “Generic Gamepad Configuration Support” if you are using a third-party controller. If you are using an Xbox or DualShock controller then check the “Xbox Configuration Support” or the PlayStation option for Dualshock 4.

If you are experiencing this AC Valhalla crash at launch or not starting at all issues on Windows 7 or 8, then you are out of luck as the game only supports Windows 10 64 bit. Upgrade your OS to play the game.

Lack of admin rights is one reason why the game might be crashing at launch or not starting at all. Right-click the game’s exe > properties > Compatibility tab > check “Run This Program as administrator” and hit apply. This should fix the issue.

Players are reporting that when they launch AC Valhalla, they just get a splash screen and nothing happens after that. This can be fixed by moving the game’s install folder to the drive where Ubisoft Connect is installed.

If this doesn’t work then players need to put in some work. Follow the steps in this link. However, this Assassin’s Creed Valhalla fix might not work for everyone.

Your anti-virus/Windows Security might be blocking important game files and causing Assassin’s Creed Valhalla to crash at startup. Either disable real-time protection or exclude the game’s install folder from it. After that, verify game files and the issue will be fixed.

In case the game is still crashing at launch or not launching at all, launch the game directly from the exe file instead of Ubisoft Connect client. Chances are you’ll get an error similar to “vcruntime140_1.dll or MSVCP140.dll Was Not Found”. This can be easily fixed by installing the latest Microsoft Visual C++ Redistributables both x64 and x86 versions.

Assassin’s Creed Valhalla players are reporting that they are getting no audio while playing the game. This might be due to Windows not using the right audio output for the game. Open Settings > System > Sound > click “App volume and device preferences” under Advanced Sound Options. AC Valhalla will be one of the options under Apps. Choose the correct audio device for it and launch the game. The audio will be working fine for the game.

In case the issue persists, then you check if you are using Realtek audio software and close it as it can cause a conflict with audio devices.

If the audio is still not working, pen Settings > System > Sound > click “Sound Control Panel” > click once on your active audio output > properties > Spatial Sound tab and select off from the drop-down list. Press ok and launch the game. The audio will be working for AC Valhalla.

If these above fixes didn’t work for you, then check your sound card if it supports DX12. Since AC Valhalla only uses DirectX 12 API, if the sound card doesn’t support DX12, there will be no sound. In that case, use the HDMI audio output or switch to the onboard sound card. This should fix the Assassin’s Creed Valahall no sound issue.

How To Unlock FPS, Refresh-Rate Not Changing Fix

Assassin’s Creed Valhalla PC players are experiencing an issue where the game’s refresh-rate is locked at 60Hz and they can’t change it even though they have a display with a 120Hz or above refresh-rate. This issue is occurring because payers have set the “Windowed Mode” to borderless. Just change it to Fullscreen and the game will allow players to change the refresh rate.

Assassin’s Creed Valhalla is a well-optimized PC game but, players are still facing stuttering and low FPS issues even on high-end PCs. Here is how to fix it.

Hit apply after making the changes and not only stuttering will be fixed but, players will also notice a boost in FPS. If you further want to improve the game’s performance then also see our Assassin’s Creed Valhalla PC Optimization Guide.

Error: 0xc000007b is another one that Assassin’s Creed Valhalla PC players are experiencing. To fix this error, players need to a href=”https://support.microsoft.com/en-gb/help/2977003/the-latest-supported-visual-c-downloads” rel=”noopener noreferrer” target=”_blank”>install the latest Microsoft Visual C++ Redistributables both x64 and x86 versions.

AC Valhalla players are reporting that they are experiencing the following error when they launch the game and are unable to play it.

Unable to start the program because d3d12.dll is not present

This can be fixed by installing the latest DirectX libraries. If the error persists, then check if your GPU support DirectX 12 as Assassin’s Creed Valhalla only used DX12. If your GPU doesn’t support DX12 then it is the cause of the d3d12.dll error.

Players are reporting that they are getting an error asking them about “api-ms-win-core-windowserrorreporting-l1-1-1.dll” when they launch Assassin’s Creed Valhalla. This error is occurring for players using Windows 7 or 8. AC Valhalla only runs at Windows 10 64 bit. So those of you getting this error need to upgrade to Windows 10 in order to play it.

That is all for our Assassin’s Creed Valhalla fixes for errors and issues like the crash at startup, GPU Does Not Support DX12, no audio, crackling audio, stuttering, in-game crash, and more. If you are facing errors and issues with other PC games or your PC then also see our hub for commonly occurring PC errors and their fixes.