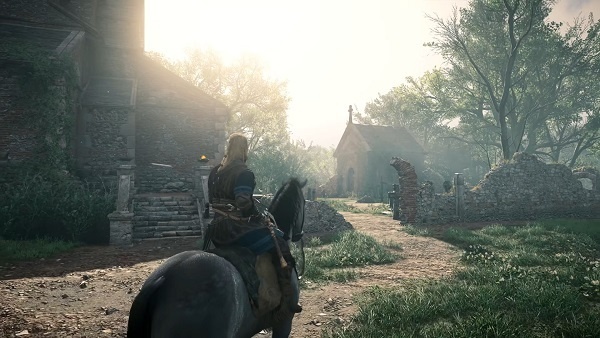 Assassin’s Creed Valhalla has a skill tree that allows you to put skill points in skills to unlock more covered in fog. One of those skills sections is the Bear Tree which revolves around the melee. In this build, you will have to stay close as most of your skills are made for close-ranged combat. Unlocking more skills will make more constellations available for you. Here are all the skills in Assassin’s Creed Valhalla in the Bear Tree and our picks for some of the best ones.

The following is the complete list of Assassin’s Creed Bear Skills.

Stomp – When an enemy falls to the ground press R3 to stomp on their face.

Perfect Attack – Press R1 again during a weapon swing to do more damage the next hit.

Berserker’s Mettle – A partially filled Adrenaline Slot will not be affected by an enemy’s first strike.

Warrior Takedown – Attempt a R2 takedown on an unaware enemy with your melee weapon. It will alert all enemies around you but will fill your adrenaline for every one of them.

Adrenaline Fiend – When 1 or more Adrenaline bars are filled, you gain a damage boost. This effect augments with each slot filled.

Heavy Dual Wield – You can dual wield heavy weapons. This will alter the stats and handling of each weapon.

Terror – After a stun finisher, weaker enemies may cower in fear.

Battlefield Cremation – Enemies who perish from one of your fire attacks will continue to burn, damaging those around them.

Sprint Bash – Unlocks the ability to bash through breakable objects and push NPCs to the ground while sprinting.

Arrow Volley – Discharge all loaded arrows at once by holding and releasing R with a light bow that costs stamina.

The following are some of the best skills in the Bear Tree. We recommend every player who is investing their skill points in this tree to try out these skills. Some of these skills can make your fights easier and enjoyable.

The most crucial ability to get is undoubtedly Stomp. The skill allows you to stomp on the face of an enemy who is on the ground. Attacks from Heavy weapons or Heavy Attacks can knock down enemies. After this knockdown, you can use Stomp, which does a high amount of damage to enemies. Some enemies with smaller HP bars can even be finished off from it. This ability is fun to use as it allows you to squash your enemies.

Heavy Dual Wield allows you to wield two heavy weapons at the same time. It is a skill which can be used purely for fun. You can even use a heavy shield as an offhand weapon if you want to block some attacks at least. The damage decreases for a single weapon but the weight and the versatility increases. This skill allows you to be more aggressive in combat and punish enemies with heavy damage and knockdown. The Stomp ability also compliments very well with the knockdowns heavy weapons create.

You can also check out the best Wolf skills and best Raven Skills.